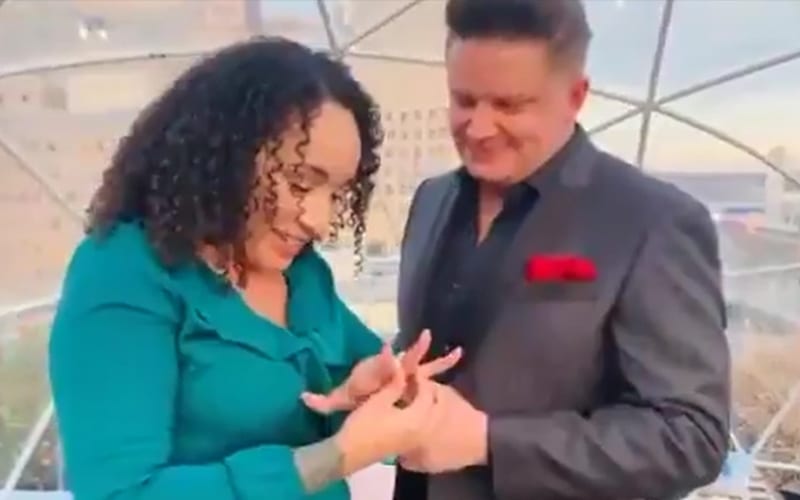 WWE SmackDown ring announcer Greg Hamilton has a lot to be very happy about. He’s on the road to WrestleMania and ready to announce Superstars’ names as they make their way to the ring. He is also newly engaged.

Hamilton popped the question to his girlfriend Ariana Thompson last night, and she said yet. The two have been together for quite a while and WWE On Fox was very happy to congratulate them by dropping a video.

They had quite a setup for the big proposal and Ariana said that this caught her off guard in a big way. Obviously, she said yes and the entire event was captured on video.

Hamilton was also very happy that “She…. said…. YES…..!” He also commented that he can’t believe that this is his life.

Congratulations to the happy couple from everyone here at Ringside News!