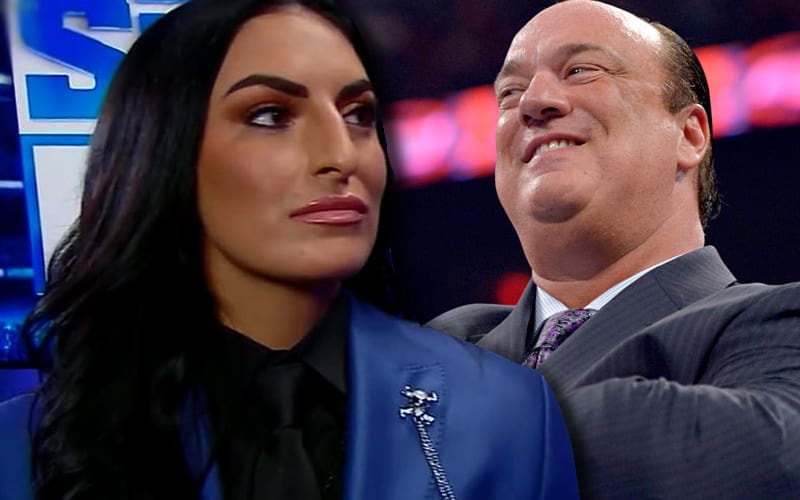 Sonya Deville’s return to WWE television saw her put in a position of authority backstage. She is acting as Adam Pearce’s assistant and staying out of the squared circle. According to Paul Heyman, Pearce might be out of a job very soon.

During Talking Smack, Paul Heyman leveled a threat to Adam Pearce. He said that Pearce needs to make a decision about Elimination Chamber on Monday’s episode of RAW, or he’ll be out of a job.

The Special Counsel to the Tribal Chief also stated that Sonya Deville has “a mad crush” on him. She would love to step in and take Adam Pearce’s position if given the chance as well.

“I don’t know if you know this or now, but Sonya Deville has a mad crush on me. She loves me, and she would love to be put in the position to make all of the decisions on SmackDown once you’re fired. I wish you luck, sir.”

One fan clipped that video in a tweet and sent it out with Sonya Deville tagged in it. The former Fire & Desire member responded with a few emojis that seemed to indicate that a closer look is needed at what Heyman said.

Sonya Deville is a proud representative for the LGBTQ community. Odds are the part about her crushing on Paul Heyman isn’t legit. The second part about her vying for Adam Pearce’s job might be a bit more tempting.

You can check out this interesting social media exchange below.