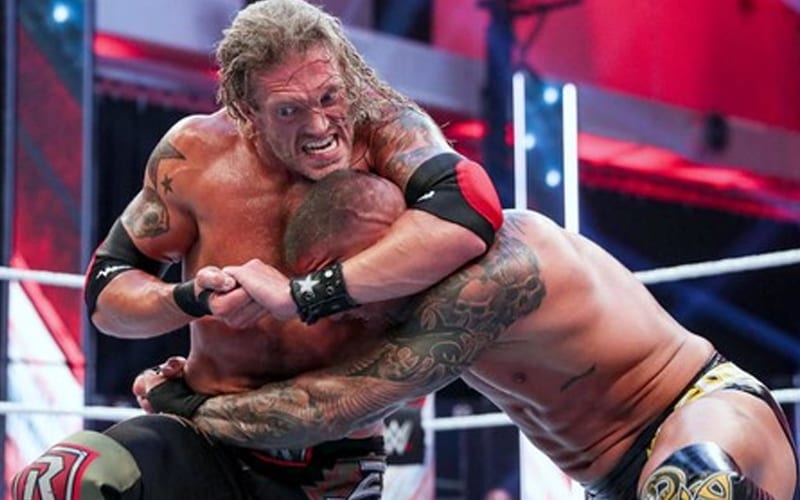 After Edge made his shocking return at the 2020 Royal Rumble, he quickly got engaged in a feud with Randy Orton. The two would have two intense matches last year. One would be their Last Man Standing Match at WrestleMania 36 and the other was their one-on-one match at WWE Backlash, which WWE billed as the “Greatest Wrestling Match Ever.”

The match received a lot of praise from fans and Superstars alike as both competitors gave it their all in order to win the match. Ultimately, Randy Orton won the match. However, Edge suffered a triceps injury during the match and had to miss several months of action.

While being interviewed by ViBe and Wrestling, Edge revealed his mindset going into his Backlash match against Randy Orton. Edge noted that he was simply excited to get into the ring and wrestle.

“Then we get to Backlash, and I am super excited about that. Just to get in and wrestle. That’s all I wanted to do. I just wanted to back in and exchange wrestling holds and do it with one the best that has ever done it. Didn’t want to get injured, but that’s what happened.”

Edge was on the shelf due to the triceps injury until he made his in-ring return at this year’s Royal Rumble pay-per-view, where he won the Men’s Royal Rumble match.