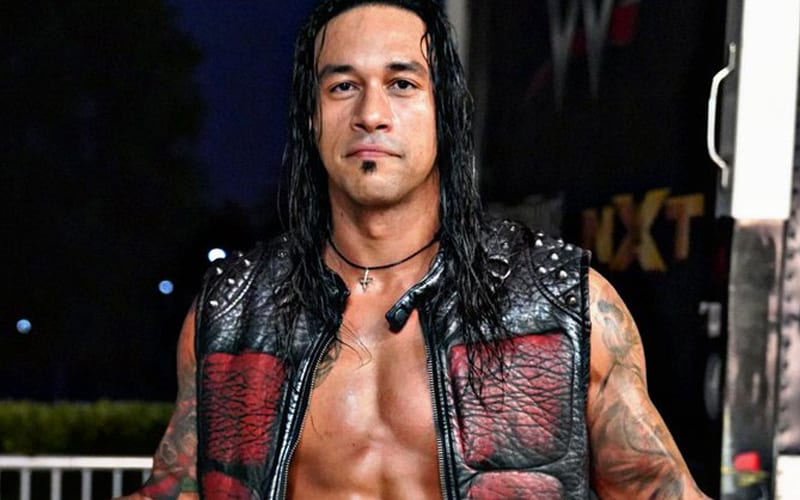 Damian Priest made his WWE debut at the Royal Rumble. The company almost brought him up weeks prior as Kevin Owens’ best friend, but that plan was nixed.

Now that he’s on the WWE main roster, Damian Priest is poised for a huge WrestleMania moment with Bad Bunny. The best is yet to come in his eyes as his story is just starting on the main roster.

While speaking with Rick Ucchino, Damian Priest opened up about how his goals on the WWE main roster have changed for him. He is now free to focus on his performances and Priest is set on making memories every time he has a chance to perform under the main roster’s bright lights.

“Just me. Every aspect of everything that anybody has seen that they might have liked, you are gonna see that times ten. Because, now I’m loose.”

“I think for a while I was still trying to figure out because I didn’t want to step on anybody’s toes or do things the wrong way. But now is like, I get it like I’m good. I can do me now, you know and I’m confident enough to do that.”

“So, now I get to actually step towards the goal that I keep or that I was bragging about which was I wanted to achieve so much that my name would live forever. I think now I can actually really cement that in my actions. Like now I can just focus on just every time I’m out there, doing something that people talk about, doing something that people remember. Doing something cool and exciting and awesome, like that’s what I want. That’s who I am. And I look forward to bring everybody along with that journey and just having a blast doing it.”

Damian Priest earned the NXT North American Title while in NXT, but he didn’t get a chance to hold the brand’s top title. Perhaps that will change for him on the main roster. He has the size, look, and big man ability that Vince McMahon loves to see. Only time will tell if the stars will align for him at this point, but he can’t wait to see what’s next.