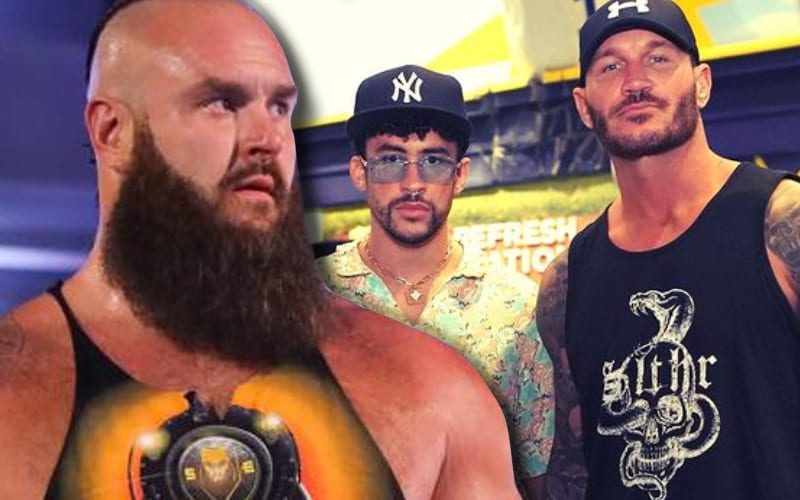 Bad Bunny made a big splash in WWE during his first couple of appearances. He’s likely to be back as well. Randy Orton and his wife Kim had to snap a shot with Bad Bunny, but they didn’t expect for Braun Strowman to reply in the way he did.

The Monster Among Men replied to Orton’s Instagram post by saying: “13%” That immediately sparked an outrage from fans.

According to Urban Dictionary, “13%” is the percentage of the population in the United States who are African American. It is also used online when a crime is committed by an African American.

Bad Bunny sold out all of his merchandise in WWE’s shop in rapid fashion. He’s a proven draw at this point, especially in terms of getting new eyes on WWE. They are generating headlines in the entertainment space and that’s always something WWE needs on the road to WrestleMania.

Many fans called out Strowman for posting this white supremist rhetoric. One fan replied to Braun Strowman’s comment to defend him and give a possible explanation.

Go look it up. They are clearly talking about body fat percentage or something of the sort. Not every damn thing is racist, folks!

Randy Orton is a 14-time WWE Champion, but we were not able to locate a tweet where The Viper said: “14%.” Plenty of other fans took great exception to this comment. You can find some of those responses below.

Braun Strowman has not issued any kind of response to explain his comment. It is also still up as well. We have taken a screenshot which you can find below.