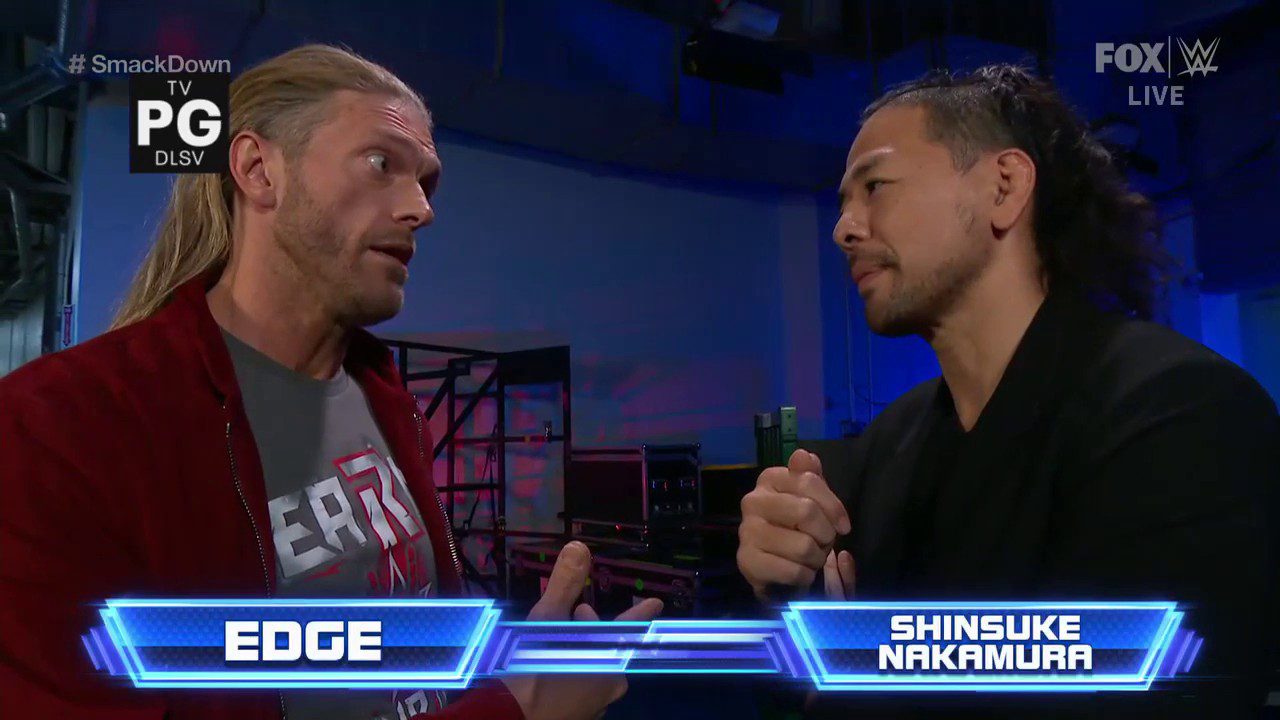 Ever since his incredible performance in the gauntlet match on Friday Night Smackdown, Shinsuke Nakamura has been on a roll in WWE. He got his old entrance theme back and is officially The King Of Strong Style again. He remains one of the best in-ring workers in the entire company and it seems Nakamura has an interest in facing a WWE Hall Of Famer.

As seen on this week’s episode of Friday Night Smackdown, Shinsuke Nakamura and WWE Hall Of Famer Edge had a brief interaction backstage, which certainly excited fans.

Yes, we’d like to see @EdgeRatedR vs. @ShinsukeN. Thanks for asking. #SmackDown

Shinsuke Nakamura saw this tweet and simply replied ”yes please,” signifying his desire to face Edge in a match.

With reports suggesting that Edge is likely to compete against Roman Reigns at WrestleMania, perhaps fans will get to see Edge squaring off against Nakamura before that.