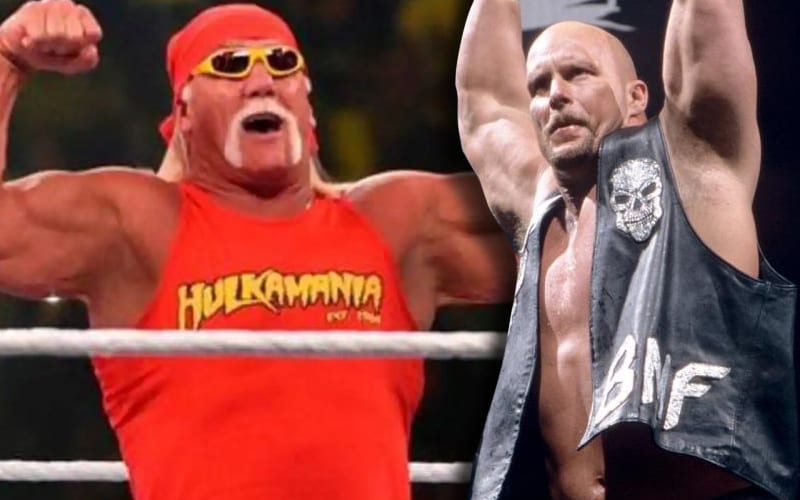 WWE has been able to present many dream matches to fans, but they never saw The Rattlesnake vs The Hulkster. There is a reason for that, but the stories behind those legendary performers might have been a bit stretched as time passed.

Ross explained that the chemistry of the entire situation didn’t mix. It was never a personal issue between Austin and The Hulkster. Something else was getting in the way of making that match happen.

“It would’ve been interesting to see. You have two of the most amazing attractions in the history of pro wrestling, so I’m sure it would have been a success financially. However, artistically? Maybe, not so much. Austin never had the confidence that he and Hogan would have enough chemistry to live up to the hype.”

“There’s always been the stories that Austin didn’t like Hogan, he didn’t want to work with Hogan, which is great for the internet gossip and chatter but I just think the styles clash was more than what Steve wanted to attempt. I don’t think it had anything to do personally with Hogan.”

“Steve’s issue was just that Steve had a very high pace. Intense, aggressive, somewhat snug, high pace,” Ross said. “That just may not have fit Hogan’s styles at the time because of his back [issues]. It would’ve been an interesting attraction. It would’ve been a great poster, a great promo, it would’ve made money. But I don’t think the match had a chance in hell of living up to the hype of the two stars.”

WWE might have wanted Austin vs Hogan, but that didn’t happen. WrestleMania 18 saw Steve Austin take on Scott Hall instead in a match that many fans have tried very hard to forget about. Hulk Hogan got a match against The Rock and that was a match that many fans remember over the actual main event of the night.