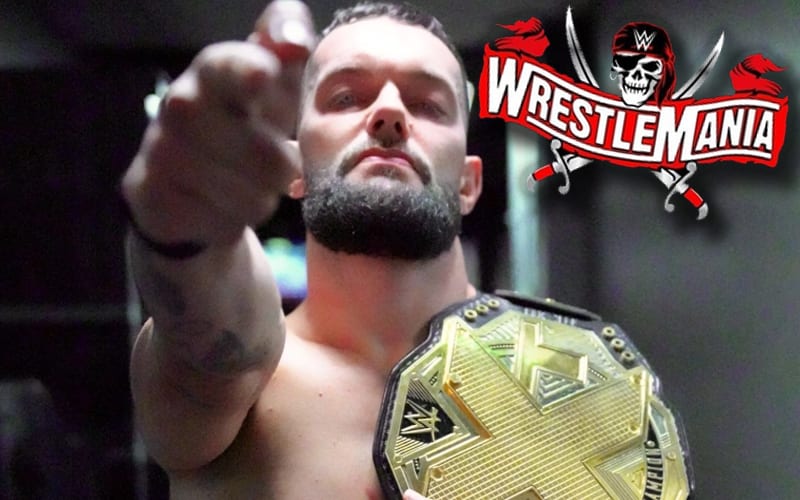 WWE has two nights of WrestleMania to fill, and they might look to the black and gold brand once again this year.

Charlotte Flair challenged Rhea Ripley for the NXT Women’s Title last year at WrestleMania. This year could see Finn Balor appear at the show of shows, and some people are really pulling for it backstage.

According to Wrestle Votes, there has been some talk about having Finn Balor defend the NXT Title at WrestleMania. It wasn’t mentioned who his opponent might be.

Full disclosure, I don’t know where discussions stand at this point… However, I do know that several people, including some high up personnel, have talked about having Finn Balor & the NXT Championship on the WrestleMania card this year. Especially considering it’s 2 nights.

WWE has a lot of options for WrestleMania, and Finn Balor has performed on the grandest stage of them all in the past. This is a very exciting idea, especially considering how Karrion Kross seems primed to either take the NXT Title back or make a big jump straight to the WWE main roster.