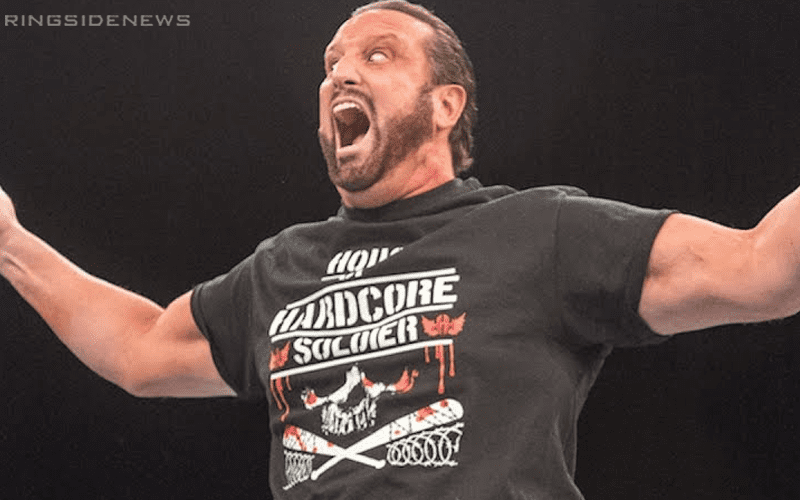 The Undertaker’s controversial comments regarding the current pro wrestlers and the product last month remains a hot topic of discussion even now. Several pro wrestlers, both old and new, gave their opinion on what The Deadman said. Now it seems another wrestling legend has given his take.

While speaking on the IMPACT Wrestling Press Pass, Tommy Dreamer was asked about The Undertaker’s controversial views. Dreamer explained how the pro wrestling world is changing constantly and how things work differently in different eras of the business.

“There’s times where I watch WWE and I’m like, ugh. But guess what? There’s times I watch AEW, there’s times I watch Impact, and I’m like, ugh. Because we’re all different. Me and D’Lo [Brown], we could watch the same match. He could be like, ‘That was great!’ while I could be like, ‘That sucked!’ It’s different opinions. To say it’s soft, listen, I watch wrestling everyday. I watch too much wrestling. I watch wrestling from the 70s, it’s on Amazon Prime called IWA. And I’m watching these guys that were main eventers and I’m saying to myself, a lot of these guys couldn’t get jobs today. It’s different. It’s different generational, and it’s different from the years. It’s just, different. And it’s okay. Every sport changes. There’s baseball players like Pete Rose and Johnny Bench, when you used to be able to slide head first. You used to be able to knockout a catcher. You do that [today], you’re out. It’s different generations of how you play the game. The game progresses because life progresses.”

Tommy Dreamer is scheduled to challenge Rich Swann for the Impact World Title at the No Surrender event.