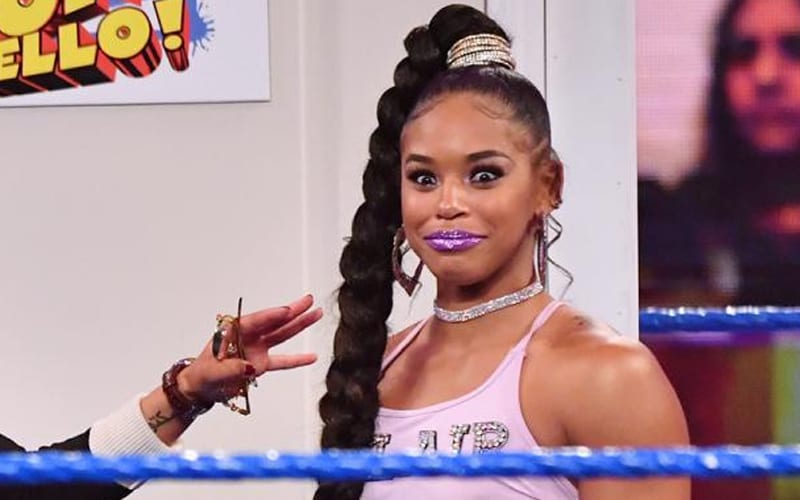 Bianca Belair made history at the Royal Rumble pay-per-view as she became the first Black woman to win the Royal Rumble match. She has earned the right to face a champion of her choosing at WrestleMania 37.

Belair’s stock has certainly risen and it seems a WWE Hall Of Famer is also high on her. While speaking on the latest episode of WWE’s The Bump, ‘Stone Cold’ Steve Austin shared his thoughts on Bianca Belair.

Austin revealed that he has been watching Belair since she made her WWE debut. Austin added that Belair is intelligent and then praised her athletic ability. He ended it by saying Belair will reach high levels in WWE.

“As far as Bianca Belair goes…I’ve been watching her since she first started, and I like, ‘Hey man, this young lady has something really dynamic. Let’s see if she can put it all together,’” he recalled. “To hear her backstory and where she came from and the ‘EST’ thing, to be at such a young age and to think of something [like that], that’s an incredible marketing ploy right there.

“She has a great head on her shoulders; she has a great look. She has tons of athletic ability and great charisma. I see from here on out that Bianca Belair is going to be here for a long time, and she’s going to reach high levels.”

We will have to see which champion Bianca Belair decides to face at WrestleMania. She already expressed her thoughts on facing Sasha Banks at WrestleMania recently.