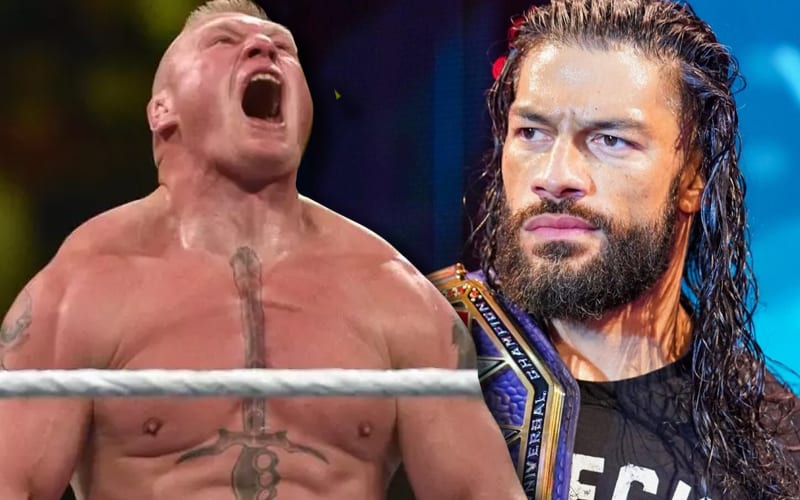 WWE is making plans for WrestleMania 37, but they also know the locations for the next two show of shows. Those events need huge matches, too. There is an idea for a big match floating around WWE, but it’s not happening this year.

According to the Wrestling Observer Newsletter, Brock Lesnar vs Roman Reigns is something that is being considered. The match isn’t happening this year at WrestleMania. The idea of two Paul Heyman guys squaring off is interesting, but it will have to wait.

As far as an idea goes, Reigns vs. Lesnar at a WrestleMania is on the table as an obvious match down the line, but not this year. It’s a story with the Heyman storyline and there are many different ways you could tell it

Paul Heyman led both Brock Lesnar and Roman Reigns to big things in WWE. The idea of those two battling is floating around within the company, but they are not going that direction quite yet.

As of this writing, we haven’t heard anything about Brock Lesnar even signing a new contract. Of course, that is the kind of thing that can happen with only a very small number of people knowing about it before Lesnar returns to television.