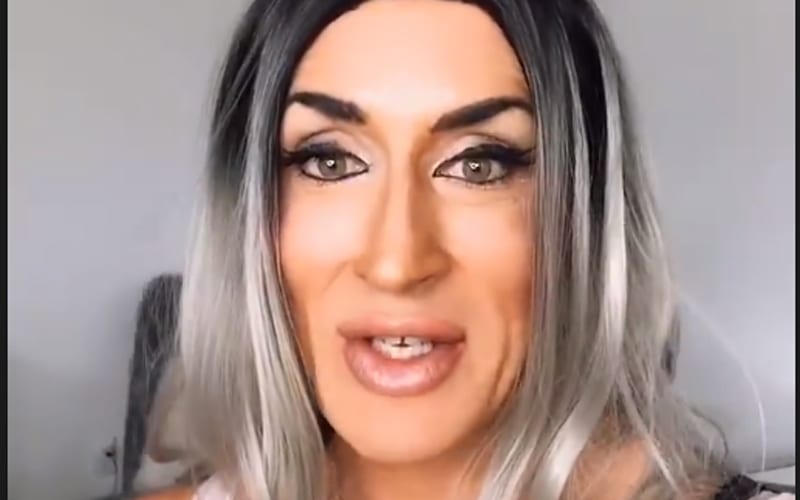 Tyler Reks revealed that he transitioned into a woman named Gabbi, and now she is telling her entire story.

We previously covered how Gabbi Tuft felt like she escaped from prison when she revealed that she was transitioning into being a woman. This was met with tons of support from all around, including from Gabbi’s wife Priscilla.

While speaking to Wrestling Inc, Gabbi Tuft revealed how her wife encouraged her to be herself. It pained Priscilla to see Gabbi have to hide that part of herself, and she let her know about it.

“This was probably August-ish last year in 2020,” Gabbi said. “Priscilla (her wife) had come to me. She’d seen me becoming very depressed, and over the summer, I had been getting dressed up a lot as Gabbi in the evenings when my daughter would go to sleep. And one day Priscilla came to me, and she was like, ‘Hey babe, I know this is you, but I’m having a really difficult time in the day time because I still see you dressed up as a woman at night.’ And I took that immediately.”

“Being a kind of an extremist, I said, ‘Okay, no problem. Gabbi’s gone. Don’t worry about it,’ and she was like, ‘No, no, that’s not what I mean.’ I’m like, ‘No, no, this is stupid. This is dumb. This is some dumb thing I’m going through. It’s a phase,’ and so I just basically killed it off, but it became very very painful, extremely painful to the point where — I’ve come out telling everybody that I did steroids for years.”

“And my thing was as soon as Priscilla said that, I ran to the bathroom, and I grabbed my gear and I shot up a bunch of Test (testosterone) and Tren (trenbolone) right away to go the most opposite way that I could from Gabbi. And I remember loading the syringe and pushing the syringe into my shoulder, and as I did, I just felt like I was killing Gabbi. And I could just feel the light going out, and it was painful, but I thought I was over it.”

It wasn’t easy to come out as a transitioning female, but Gabbi Tuft made this decision, and she is doing so without hiding anything at this point. It was a painful thought for Tyler Reks to say goodbye to Gabbi, and it is a fortunate thing that Priscilla was around to make sure that she stayed.