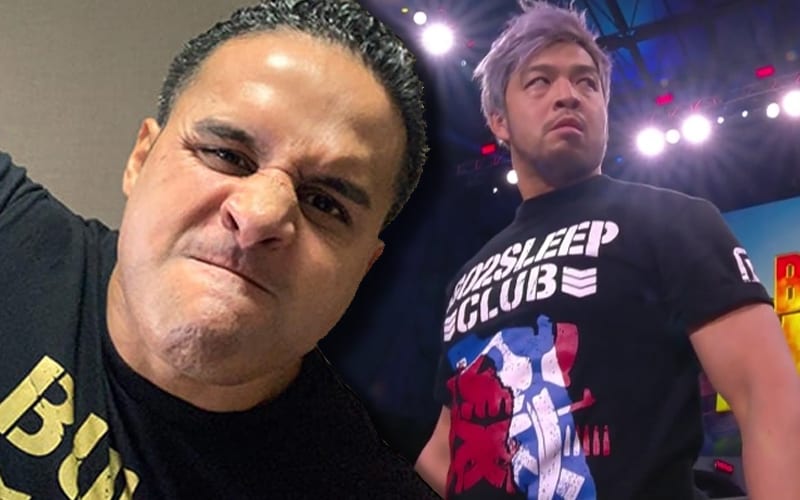 KENTA surprised the pro wrestling world when he appeared on AEW Dynamite this week. That solidified a new partnership between AEW and NJPW that so many fans wanted to see, but the forbidden door remained closed for so long.

Tama Tonga was watching AEW Dynamite, and he had a simple request. He fired off a tweet to KENTA and asked him to do some extra damage for him while he’s in All Elite Wrestling.

Hey @KENTAG2S while you’re there, slap up Kenny Oshega, middle age bucks, festus and the other smaller festus. And again, No need to thank us. #BulletClub

The Young Bucks and Kenny Omega were seemingly a bit shocked to see KENTA show up. Don Callis also gloated on commentary about how this kind of thing happens when he’s around as well.

We’ll have to see what’s next between AEW and NJPW, but the two companies have certainly come a long way from where they were this time last year.