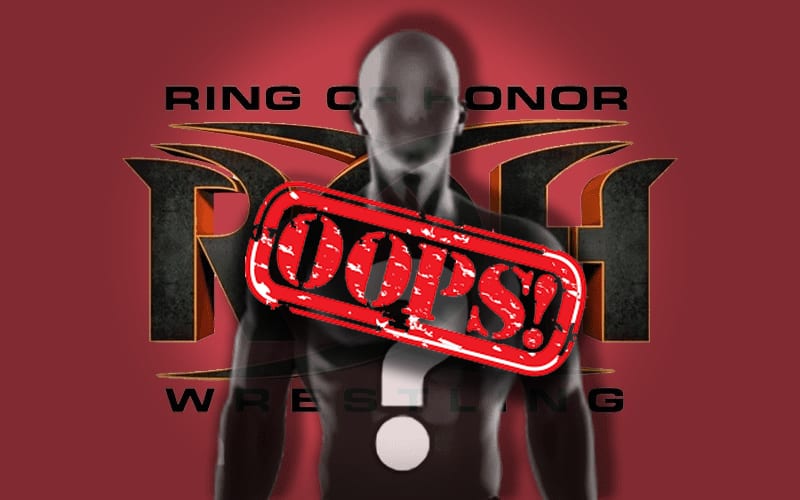 ROH just got called out by one of their own wrestlers because their website got his name wrong.

Brian Johnson picked up a win over Danhausen and ROH wrote an article on his win. Johnson wasn’t happy at all about it, because the headline read: “BRIAN JOHNSTONE SCORES TAINTED VICTORY OVER DANHAUSEN IN FINAL BATTLE REMATCH”

Johnson sent out a scathing tweet aimed at Ring Of Honor about this. He called out “bozo internet bloggers” for misspelling his name.

Who edits this bull crap?!?

I get the win, and your bozo internet bloggers spell my damn name wrong?!?!

This THIS IS WHY it’s

Some fans facepalmed the incident and they can’t believe such a mistake was made. Others suggested that perhaps Danhausen paid off ROH’s website people to make this error. Either way, it has yet to be fixed as of this writing.