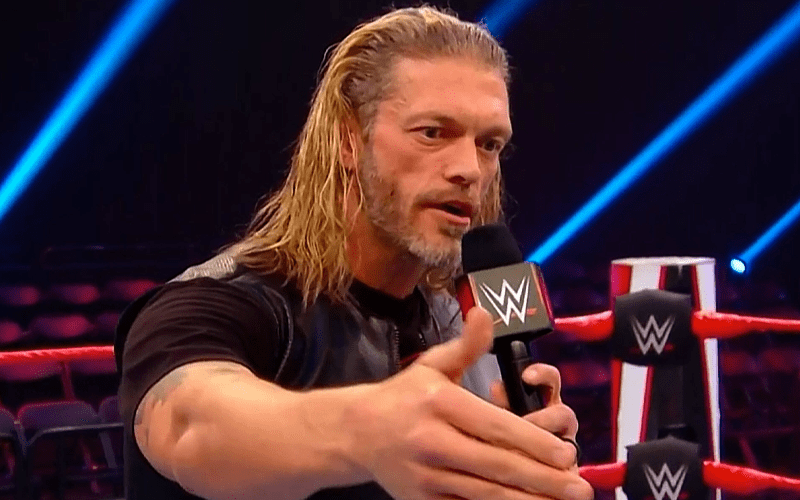 The Undertaker was subjected to a lot of controversy after he shared his views on the modern-day pro wrestlers, stating that they aren’t as tough as those from his era.

During a recent global WWE teleconference, Edge was asked about his thoughts regarding The Undertaker’s controversial views. Edge said that The Undertaker was taken out of context and then went on to explain how social media can be an issue, defending the modern-day pro wrestlers.

“I think any comment can be taken out of context and I think that’s part of what happened here. During a three-hour interview, I think they took the most salacious 20-second clip. I think anybody, whoever steps foot into the wrestling ring, no matter what era – whether it be the 1940s, whether it be the 2020s – all tough.”

“There’s different challenges that come with every era, with every decade, with every incarnation of what this business becomes. We didn’t have the challenge of social media. Now it’s a great outlet in order to get your product out there, but there’s also a whole lot of hiccups and possible bumps on the road that come along with that. That’s a challenge we didn’t have to navigate. All we had to worry about getting to the building and producing. Now the cameras never stops rolling. Now every aspect of your life that is under a microscope. That’s an entirely different challenge than we ever encountered. It’s just different is all..”

Do you think Edge is right and the comments The Undertaker were made were taken out of context? We want to know what you think. Sound off in the comment section below.