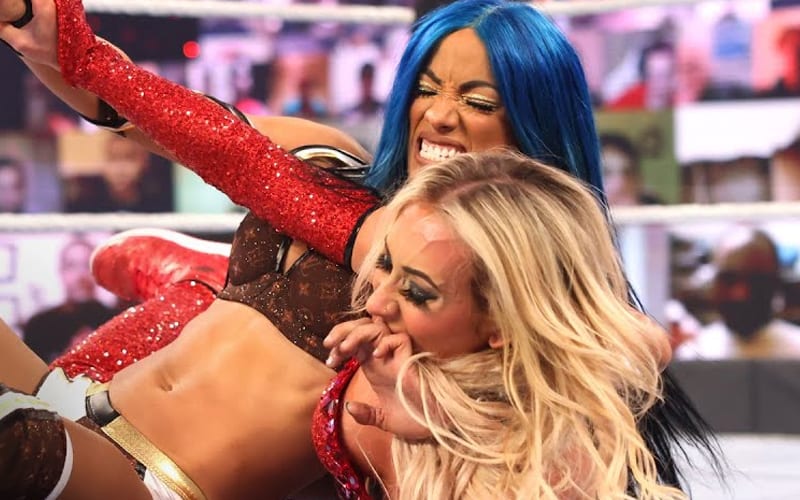 Carmella worked twice during the Royal Rumble pay-per-view, and it wasn’t a very easy night for her either. The Untouchable Mella took on Sasha Banks for the SmackDown Women’s Title and there was a pretty scary spot during that match.

During their match, Carmella went for a dive between the ropes, but she landed hard. She bent her back and landed in a scorpion position. It was not a pretty sight and some were a bit worried.

During After The Bell, Corey Graves said Carmella is a little banged up after the Royal Rumble, but she’ll be fine. He provided a small update on her health after the match against Banks while praising Carmella’s toughness as well.

“Anyone watching when that dive happened and Carmella went sailing through the bottom rope, and I believe it’s known as a scorpion… that’s what my kids call it when we watch fail videos. When somebody’s feet hit the back of their head, it was not a good time. She landed face-first and I’m pretty sure she kicked herself in the back of the head. She was a little banged up but she’s still alive, she’s still kicking, she’ll be alright.”

Corey Graves has seen a lot of action from the commentary table. Odds are he’s not done sitting through his girlfriend’s matches. It much be very hard to sit so close to the action and not check on her after watching that kind of fall go down. This also shows the professionalism they both have to just keep going.