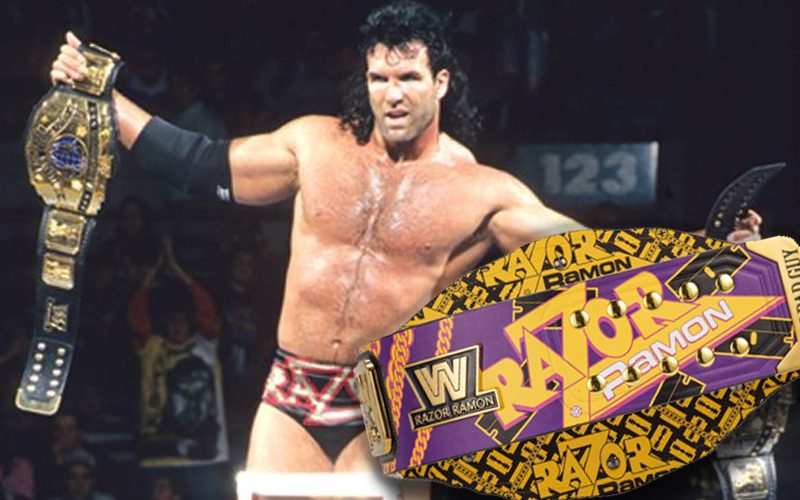 WWE knows that their fans want specialty items, and they’re not shy about putting up high-priced items either. This brought a ton of limited edition and signature series belts to the store and now they have added another.

Razor Ramon never won the WWE Title during his time with the company, but he made a legendary IC Champion. The company just dropped an amazing replica of the IC Title belt, but with a little Bad Guy twist.

Ooze Machismo with this Razor Ramon Signature Series Championship Title!  We’ve taken the classic 90’s Intercontinental Championship, which Razor Ramon is best known for holding, and added elements of his persona & ring gear to make this the perfect title for The Bad Guy!

These titles are going for $500, and they are available now. It doesn’t show that they are limited in supply, so this might be another addition to the company’s ever-growing assortment of specialty titles.