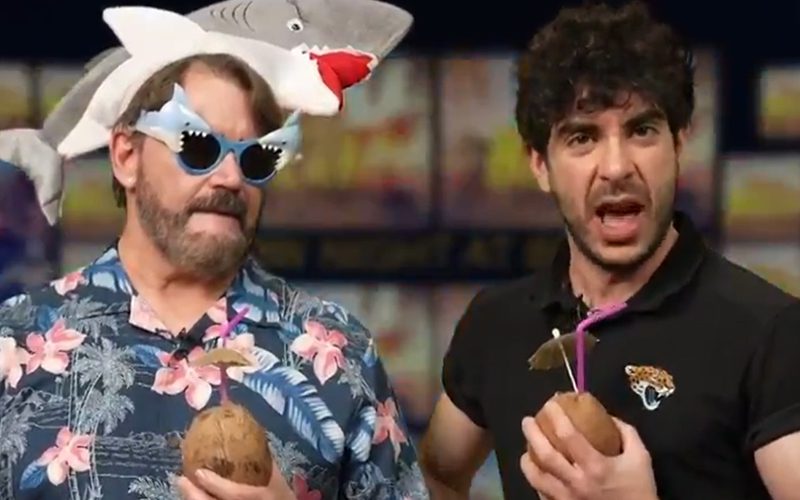 AEW has been buying commercial time during Impact Wrestling’s AXS TV show since a union between the two companies started. This week’s paid advertisement was quite possibly the best one yet as they promoted Beach Break.

Tony Khan said that he realizes people were upset by his comments about viewing Impact Wrestling as his own fantasy league. He also said that he’s making some emotional decisions since this partnership between companies started. He then said that Jon Moxley working for NJPW once again is part of that as well.

Khan and Tony Schiavone cut another great promo, and TK acted a bit drunk the whole time, but we have no way of knowing what was really in that coconut he was drinking from. They were dressed up for Beach Break and Schiavone even had a shark hat on. Tony Khan referenced that hat by calling himself a shark.

This week’s promo from heel Tony Khan was quite good. It was also a great way to promo Beach Break which will air tonight on TNT. We will have complete coverage of the special event right here at Ringside News.