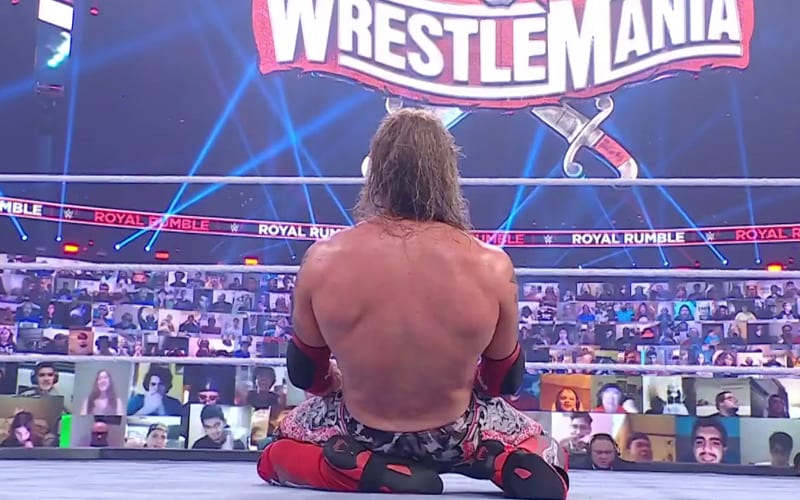 WWE Hall Of Famer Edge made his return at this year’s Royal Rumble pay-per-view and won the Men’s Royal Rumble match, guaranteeing that he will main event WrestleMania 37.

While being interviewed by CBS Sports, Edge talked about which of the three main champions he wants to face at WrestleMania. Edge noted that Finn Balor, Drew McIntyre and Roman Reigns are all viable options

Edge compared his and Drew McIntyre’s journey to WrestleMania. He then expressed his interest in facing Roman Reigns as well, noting that it would be a different story altogether.

Edge then said he is also excited at the prospect of facing Finn Balor and ended it by saying it is an embarrassment of riches.

“To me, I can’t go wrong,” he said. “They each bring something different to the table and just as appealing in terms of the kind of story they can tell. They’d all be different stories and I don’t think you can go wrong with any of them. It’s just what’s going to be best for business. I don’t know what that is, honestly. With Drew, you can follow his road to get back here and my road to get back here. You have two guys who didn’t know they’d ever get back and who are now here and possibly main eventing WrestleMania for the WWE championship. That’s compelling.

“Equally compelling is a guy like Roman Reigns, who I feel has been unleashed and been allowed to get the guy out that I always knew was in there. It’s really exciting to see a performer clicking on so many levels and telling amazing stories. I look at that and I think, ‘Whoa, man, that would be fun.’ It’s an entirely different dynamic than Drew, and I would be and an entirely different story. Maybe it’s not based on respect — it’s Rocky and Apollo Creed. Then I see a guy like Balor who has never been better, and that’s exciting too. It’s an embarrassment of riches, is what it is.”

We will have to see which Champion Edge will ultimately go against at WrestleMania 37.