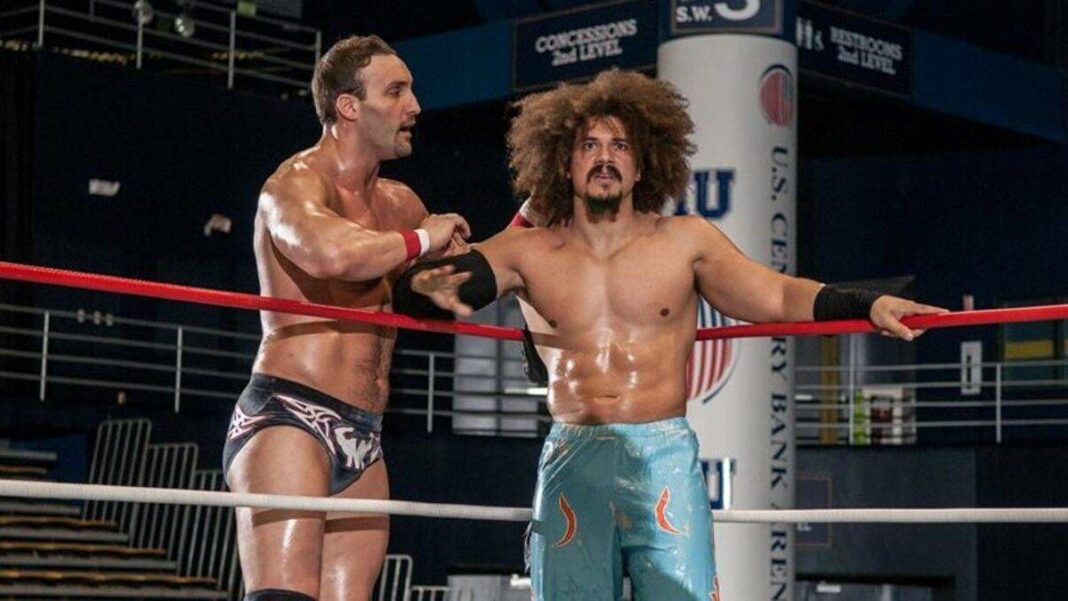 Carlito made his shocking return at the Royal Rumble pay-per-view this past Sunday. It was his first appearance in a WWE ring in over a decade.

Carlito then competed in a match on the next night’s WWE RAW, where he teamed up with Jeff Hardy and faced off against Elias and Jaxson Ryker. Now it seems Carlito is teasing the reform of a tag team with a former WWE Superstar.

Fans would remember Carlito teaming up with “The Masterpiece” Chris Masters in late 2005 into 2006. The two went on to become great friends in real life and it seems Carlito wants him back in the company.

Carlito took to Twitter and posted a picture of Chris Masters, where Carlito said he will get Masters to stop by in WWE.

Next up, let’s get this beast to stop by. #wwe#WWERaw#wwesmackdown

Masters hasn’t been seen on WWE television since 2011. Since his release, Masters has competed in other promotions such as Impact Wrestling and others.

We will have to see if Masters does return to WWE.