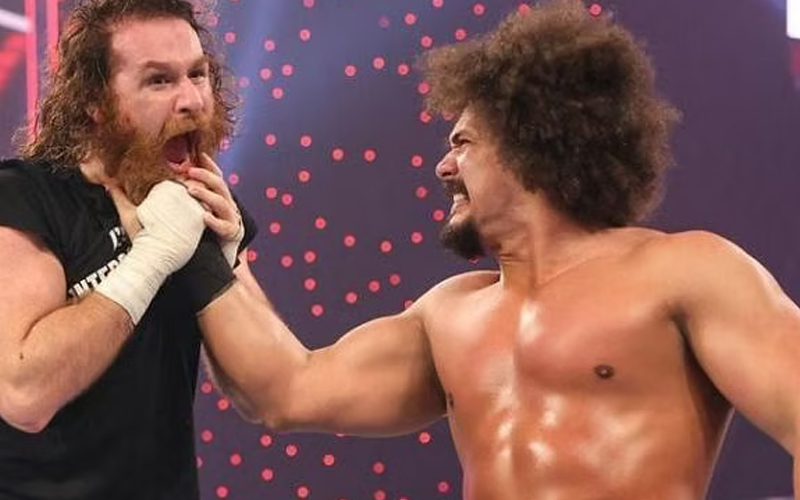 Carlito spent a decade away from WWE, but he was still working consistently in Puerto Rico. The pandemic was hard for a lot of people, but Carlito came through as he returned to WWE. This was a big moment for him as he gets to mix it up with people who entered the company since his departure.

MVP recently cleared up a rumor about how much involvement he had in Carlito’s WWE return.

While speaking to WWE The Bump, Carlito explained how weird it was to make his return to WWE. He has kept the ring rust off, but it was still a very different experience. He also expressed the thought that Superstars today are “a lot more talented” from those in his generation.

“It was weird. I hadn’t done it in over a decade, but at the same time I done it the week before, you know what I mean? It was cool to see these old-timers, guys who did it back in my day and then being able to mix it up with these new kids who are tremendous. I think they’re a lot more talented than our era.”

Carlito excited many fans when he returned at the Royal Rumble. Odds are he will continue appearing for WWE because it was previously reported that signing a contract for Carlito is simply a formality at this point.