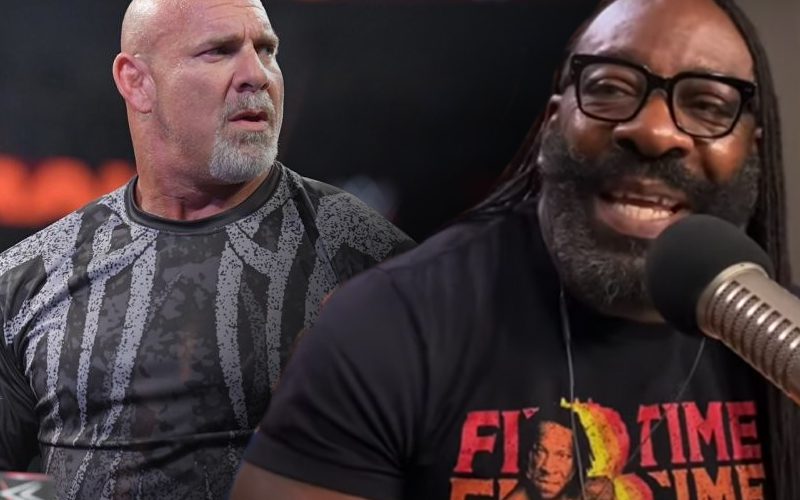 WWE Hall Of Famer Goldberg challenged Drew McIntyre for the WWE Championship at the Royal Rumble pay-per-view. Despite his best efforts, Goldberg was unable to win the match.

While speaking on his Hall of Fame podcast, Booker T talked about Goldberg’s match.

“Goldberg did as good as he could. I think the story was what it was.”

Booker T asked why fans would have to see Goldberg return again, to which co-host Brad Gilmore said that Goldberg still has three more matches left in his contract. Booker indicated that he wasn’t happy at the thought of Goldberg having another WWE match. Booker T added that WWE should embrace the new generation.

“You know, I don’t know, man. You know, maybe I’m thinking wrestling needs to embrace the change, embrace the next generation. Just like, say, for instance, there’s talk going around that The Rock may come back to wrestle Roman (Reigns) at WrestleMania. Would that be a match that people want to see? Of course. People want to see (because) it’s The Rock. I just feel like when you get to a certain age in this business, you’ve got to definitely start thinking about something else. Is it healthy? I was just talking about Sting… you know, at 61, stepping into the ring again. Someone said, ‘should he do it?’ and I go, ‘it wouldn’t be wise for Sting to step into the ring and take a bump’. You know, taking a bump at 25 is different to taking a bump at 61, 58…”

We will have to see when Goldberg will return next.