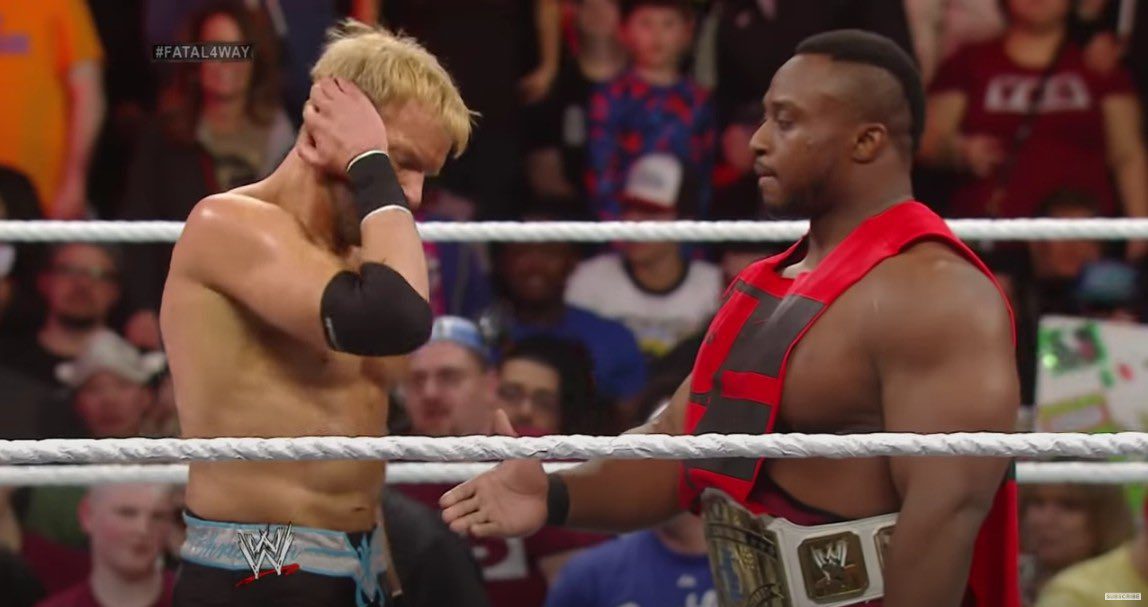 Christian made his shocking return at Sunday’s Royal Rumble pay-per-view, much to the delight of fans and pro wrestlers alike. He had a great performance in the match, lasting 18 minutes before being eliminated by Seth Rollins.

Many fans have been wondering whether Christian is back for good as an in-ring competitor. As reported earlier, Christian was secretly cleared last week for an in-ring return.

Now it seems Intercontinental Champion Big E is interested in Christian. Big E recently took to Twitter and uploaded a photo of him with Christian back in 2014.

Christian became the #1 contender for the Intercontinental Championship back in 2014. At that time Big E was the champion and the two were set to face off in a championship match on an episode of WWE Main Event,

Unfortunately, due to Christian’s problems with concussions, the match never took place. The picture Big E uploaded was from that night, which certainly makes fans wonder whether the two will finally face off in the match they never had.