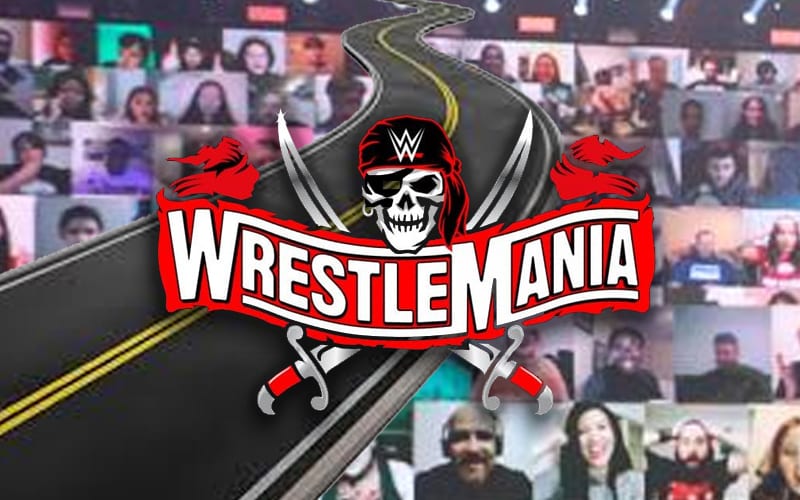 WWE usually throws the biggest show they possibly can for WrestleMania, and they are going to pull out all the stops they can this year. That has also lightened the mood in the locker room.

According to WrestleVotes, the moo backstage at the Royal Rumble was “upbeat.” It was said that since WrestleMania will be in front of live fans, now the road to WrestleMania has a “real meaning.”

Source said the vibe last night was the most upbeat locker room he’s seen in a long while. This time of year usually does that, but, also went on to say that the “Road to WrestleMania” has real meaning this year, serving as a small light at the end of a dark tunnel.

2020 was tough for a lot of people, including those in WWE. Live fans returning won’t fix all of the world’s problems, but hopefully, it is a sign that the light at the end of the tunnel is getting even brighter.