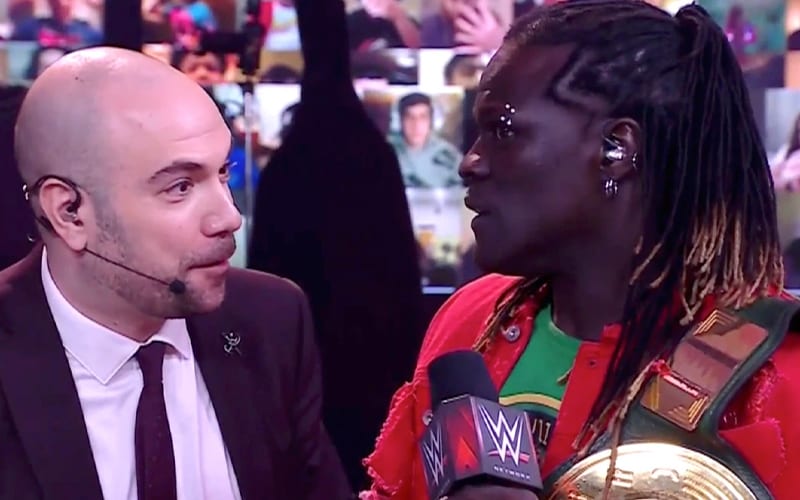 R-Truth lost the WWE 24/7 Title twice during the Royal Rumble. Alicia Fox pinned him to take the title, but he got his baby back. Then Peter Rosenberg pinned him during the intermission show.

Truth invaded the airwaves of The Michael Kay Show and got a pinfall on Rosenberg to win the WWE 24/7 Title back. This was a big moment for R-Truth as his accolades in WWE continue racking up. R-Truth is now a 47-time WWE 24/7 Champion.

47 title reigns might make R-Truth the winningest champion in WWE history. Most of those titles have been WWE 24/7 wins, but he’s also won other championships along the way.

We’ll have to see if R-Truth can keep his baby through RAW this week because anything can happen on the road to WrestleMania.