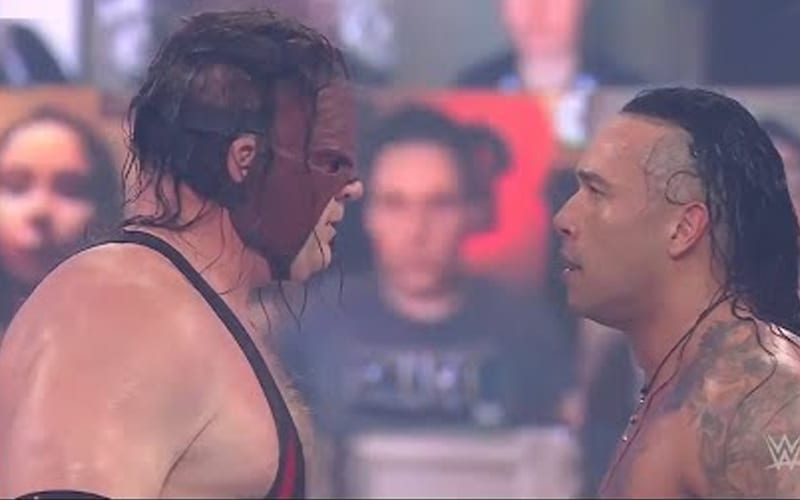 Kane was a big surprise during the 2021 Royal Rumble event. Damian Priest was also not expected. Then Kane was eliminated by Damian Priest in a move that shocked some fans.

After the Royal Rumble was over, Kane spoke to WWE about his return. He also took a moment to address the man who eliminated him from the match to say how big of a player Priest is set to become.

“He’s got a ton of potential. I mean it stinks because I would have liked to be in the match longer. But he’s [Priest] going to be an impact player in WWE. I think you’re going to see a lot more moments like that from him in the future.”

We’ll have to see if Kane comes back to have any more dealings with Damian Priest. Kane is pretty busy as Mayor of Knox County, Tennessee. He might want to leave the full-time wrestling and bump taking to Damian Priest, but last night was certainly a big moment for the former Punishment Martinez’s career.