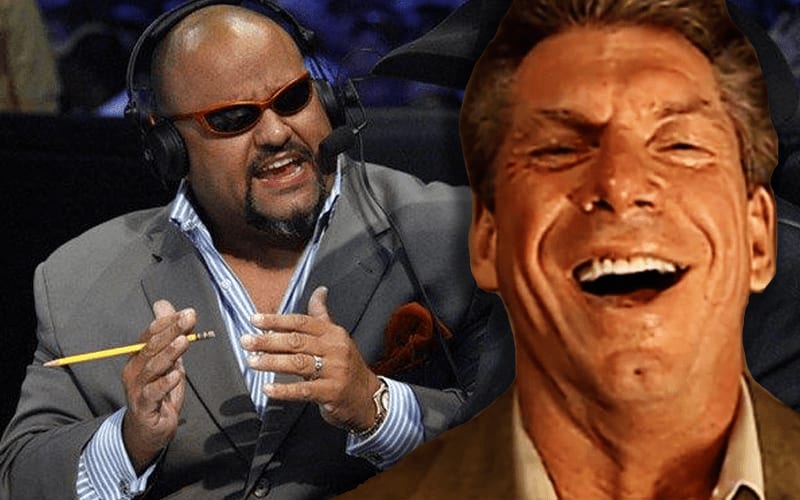 Taz wrecked a ton of people during his pro wrestling career with punishing suplexes, and he is very proud of the fact that he never hurt anyone. His rough exterior was in a small package, and that posed a problem.

During Grilling JR, Jim Ross spoke about Vince McMahon bringing Taz in. It was actually at Jim Ross’ suggestion, and it worked great at first. Then a slew of Superstars apparently followed who did not buy into the idea of a 5’8 wrestler dominating them.

“I brought Taz in. I thought he was an attraction kind of guy. I thought he would do us a good job if he was booked in the same basic mold he was in ECW. One thing about Paul Heyman is that he had the great ability to accentuate a talent’s positives and disguise their negatives.”

“Paul made Taz so strong that you forgot he was 5’8. He was not what the business was getting a regular diet of. I was definitely in the minority [on Taz in WWE]. Vince trusted my judgement but then he got unconvinced.”

“He fell out of favor and a lot of the people he could’ve drawn money working with believed them selling a guy who’s 5’8 didn’t make any sense and people would not believe it. Even though Taz could probably whoop their ass in a real shoot.”

Size does matter for some people, and WWE was once known as the land of the giants for a reason. Taz is much happier in AEW where his stature is not an issue. He has also more than established his name as one that deserves a mountain of respect at this point.