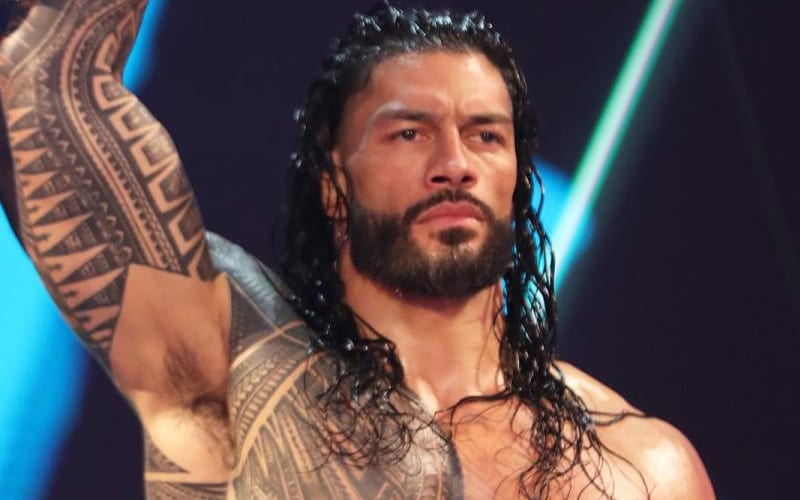 Roman Reigns and Kevin Owens were engaged in a War of Words on SmackDown this week. Reigns was sporting his own merchandise during that segment, but Kevin Owens wore the t-shirt for a team that means a lot to him. Reigns plans to put a stop to that.

Kevin Owens and Ever-Rise have a long history together. The NXT tag team credits Owens for helping them out a lot along the way. Owens showed his support for Ever-Rise this week on SmackDown, but Reigns didn’t appreciate it at all.

Matt Martel from Ever-Rise commented on Owens wearing their shirt by saying: “Your next Universal Champion with a sick new shirt. http://Wweshop.com EverRise Rules!” Reigns had his own response, but Martel probably didn’t like hearing it.

Better buy these shirts now. Once I retain on Sunday, I’m going to have them banned from @WWEShop .

We’ll have to see if Roman Reigns can actually get those t-shirt banned from the WWE Shop. He has a significant amount of pull backstage, so you really never know what the Tribal Chief is capable of.