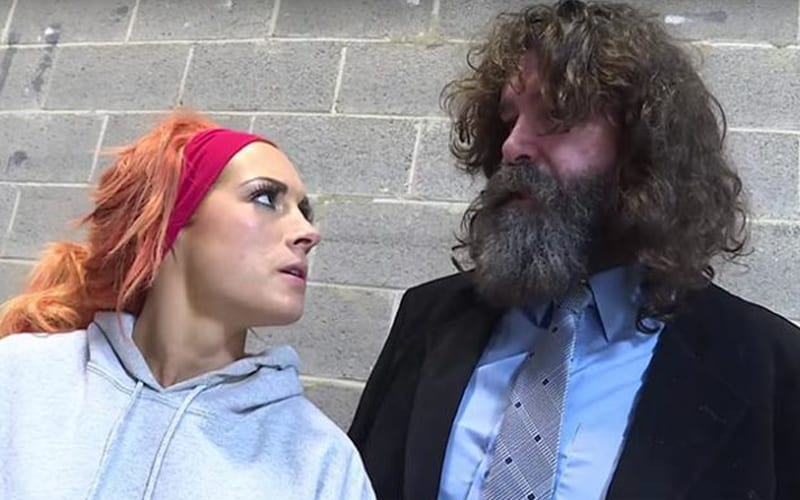 WWE’s Royal Rumble event is coming up this Sunday, and fans are very anxious to see who will surprise them. Mick Foley has an idea in mind, and he wants to see The Man come around.

Today is Becky Lynch’s 34th birthday. Mick Foley sent out a greeting for the former Women’s Champion. He also wondered if fans will see her at the Royal Rumble.

HAPPY BIRTHDAY to one of my dearest friends – @BeckyLynchWWE

Any chance #TheMan returns at #RoyalRumble ?

As we previously reported, it’s not likely that Becky Lynch will be able to return at the Royal Rumble. She just had baby Roux on December 4th. Seth Rollins’ return is much more likely.

You can never say never when it comes to Lynch’s determination to train and get back to action, but she might want a little bit more time with her new daughter before coming back so soon.