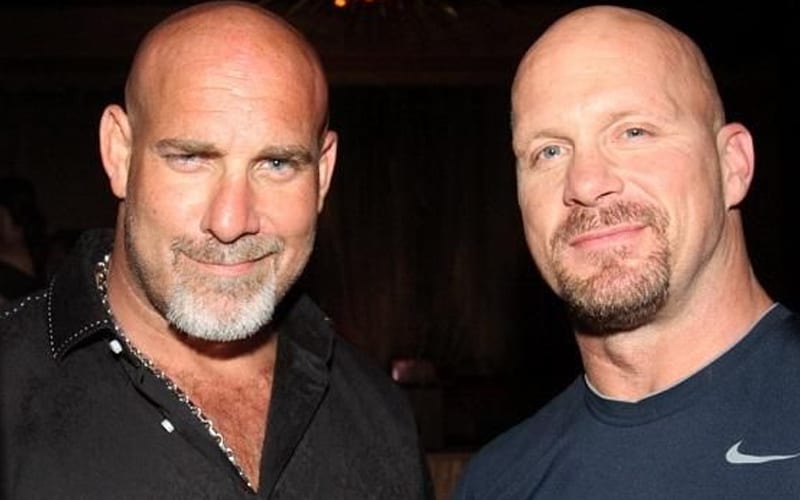 Goldberg was one of the biggest stars in pro wrestling back in the 90s as was ‘Stone Cold’ Steve Austin. Steve Austin recently talked about how he would be confused with Goldberg on a few occasions. He also admitted that the two certainly look similar in appearance.

However, it seems Goldberg wasn’t a fan of being mistaken for Steve Austin. In a recent Q&A session ahead of the Royal Rumble pay-per-view, Goldberg was asked if fans ever confused him with Steve Austin.

Goldberg revealed he hated the fact that fans couldn’t tell the difference between the two. Goldberg also added he was more handsome than Steve Austin.

“Well firstly he should be flattered because I’m a hell of lot better looking than he is. It used to really p*ss both of us off. We’ve talked about this exponentially because I like to say we’re pretty good friends. I always took it personally and it made me mad because Steve Austin is, like, 250lbs and I was like 285lbs / 290lbs. So I thought that if they thought I was Steve, then they thought I was small… I took that as a slight. Not because they thought I was Steve Austin the awesome wrestler, but because I was small. So there’s another layer to it. Throughout the years we used to both get really p*ssed off, now I think it’s hilarious. We actually try to bring it up to each other when it happens. It’s pretty fun.”

Goldberg will be challenging Drew McIntyre for the WWE Championship at this Sunday’s Royal Rumble pay-per-view.