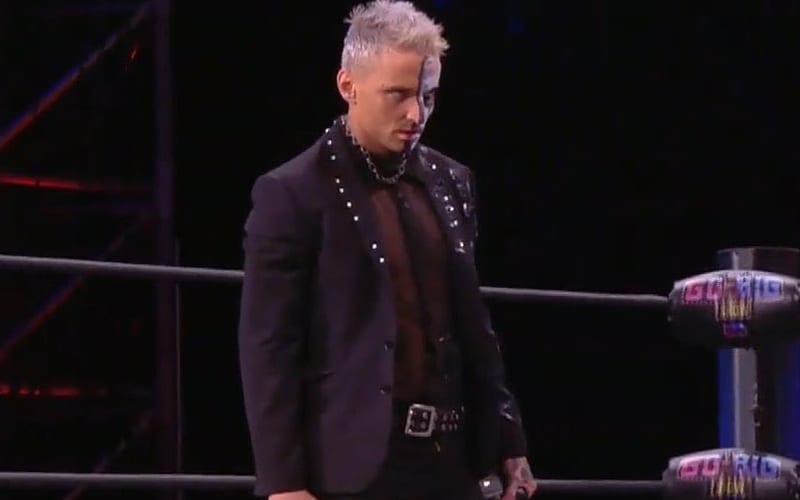 Sting and Darby Allin are facing off against Brian Cage and Ricky Starks at AEW Revolution on March 7th. Allin has experienced quite a ride since getting paired up with Sting.

While speaking to TalkSport, Darby Allin talked about collaborating with Sting. Those ideas that show up on television are a joint effort of them bouncing ideas off each other. Sting was also very excited to work with Allin as he realized how unique the TNT Champion is.

He visualizes a lot of things. He likes characters and things like that so when he first saw my vignettes and my promos – whatever you call them – he was super hyped on them. He just thought they were so different and unique. So with the story we’ve been doing, I’ve been sending him all of these visual ideas and I’ve been talking in-depth to him. Like, ‘yo, this, this, this and this’ and he likes it. He really likes how my brain works with things. He’s very confident he’s in good hands.

Sting agreed to work cinematic matches when he signed with AEW. It’s likely that their street fight at Revolution will be a match in that setting. We’ll have to see how long Sting and Darby Allin’s union lasts, but they’re just getting started.