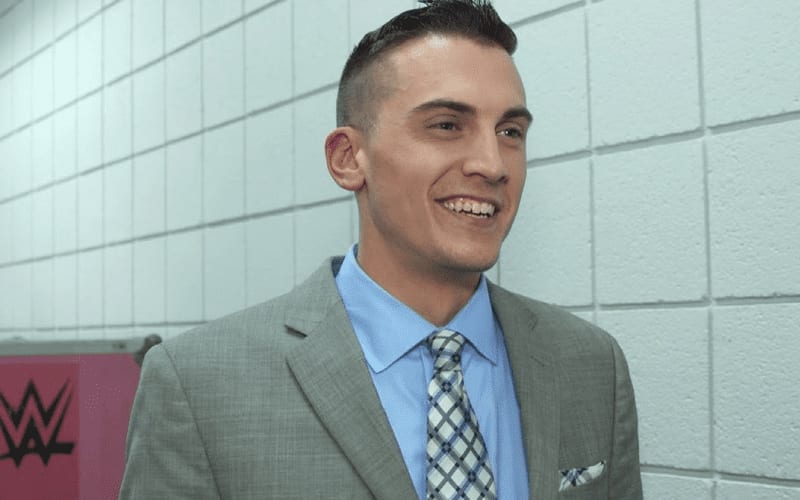 WWE Network will soon merge over to Peacock. This could come with a big issue when it comes to watching live events. Some fans are complaining about the situation because they just don’t want to change things. Vic Joseph called this out as straight up laziness.

After The Bell invited the WWE announcer onto the show. Joseph and Corey Graves had a nice conversation and the new Peacock deal came up. In the end, Vic Joseph said that fans are just lazy because they don’t want to learn how to do something new.

“It all comes down to one word: laziness. I only say this ’cause I have talked to my younger siblings. People are just too lazy to download something that’s new. To put in their credit card information, sit there and punch in the numbers. They’ll do it eventually, but right now they are complaining about it. It is the same thing that you had to do when you got the WWE Network to begin with.”

“What’s the big deal? It’s such a big waste of time. It’s all laziness and the laziness of some people in society are the same ones that speak down about this move. They have to do something different, and you’ll save $5! This all goes back to the laziness. ‘Oh, it’s only $5.’ They will complain that you can’t fill your gas tank. What do you mean? It’s just the laziness of this generation, ‘Oh, I have to do this whole thing.’ It will eventually happen.”

WWE Network subscribers will get the service for half the price. If they want commercial-free Peacock service, then it’s $9.99, the same price they are paying now for the WWE Network.

We’ll have to see how smooth this transition goes. The company’s first pay-per-view on Peacock will be Fastlane, so they aren’t using WrestleMania as their tester. That could turn out to be a great strategy in the end.