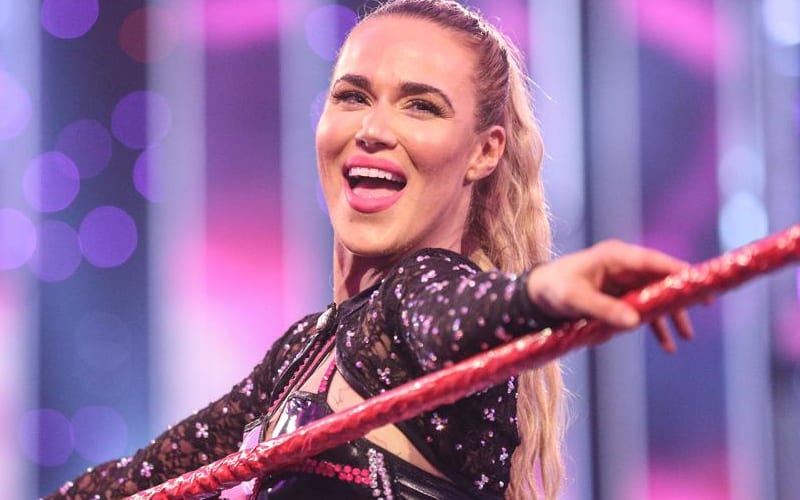 Lana was taken out of action in a big way, and it was heartbreaking to see her Survivor Series dreams dashed. The Ravishing Russian is still injured in storyline, but that’s not the case in real life.

Dave Meltzer noted in the Wrestling Observer Newsletter that Lana is not really injured. She recently tweeted that she can’t wait to be out of a cast and ankle brace, but that is not the case.

Lana’s name came up as a possible Royal Rumble surprise. She is possible to come back since she’s not really injured.

Lana would also have a good shot at returning, since the idea was to keep her off about six weeks with her worked injury, and it would make sense for her to eliminate Jax in some fashion.

Nia Jax might take Lana right out of the Royal Rumble match, but you also never know what can happen in WWE. We’ll have to see if Lana can return and get that babyface push we heard about, or if she’ll go back to taking weekly bumps through the announce table.