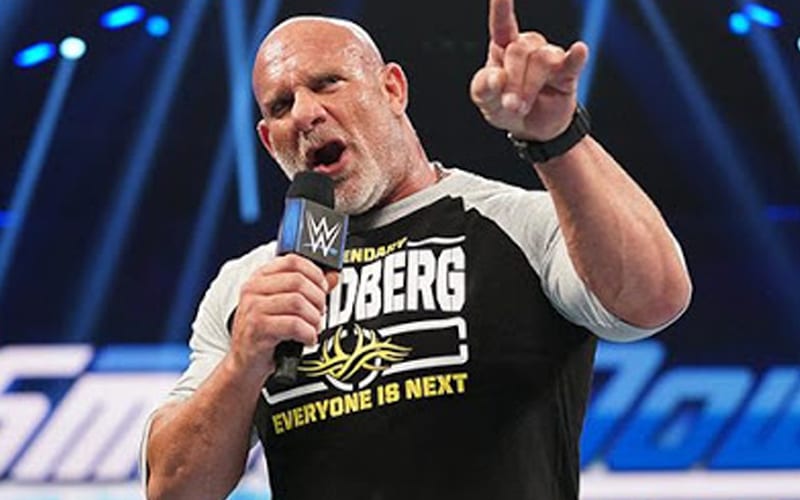 Goldberg is back once again and gunning for a top title in WWE. This will see him take on Drew McIntyre at the Royal Rumble for the WWE Title. A man with a name like Goldberg’s is bound to draw some critical attention, and he’s quite used to it.

While speaking to Fox Sports, Goldberg was asked about proving his haters wrong with his return to the ring. He wants to prove everyone wrong, but that’s not what is driving him. In the end, Goldberg is not dedicating that much time and attention to people who want to tear him apart online.

You know, you wouldn’t be human if you didn’t want to prove every single person who said one thing negative about you wrong, but I’m not driven by that 5%.

They make no difference to me whatsoever. I’m out there to provide entertainment to the best of my ability and the one thing that you can always get from me is that I’m going to do my damndest to provide that.

Goldberg will have a big opportunity to pull down another championship at the Royal Rumble. Some fans might not be thrilled about Goldberg’s consistently strong booking as a part-timer, but he also addressed those haters by explaining that he doesn’t book the show.