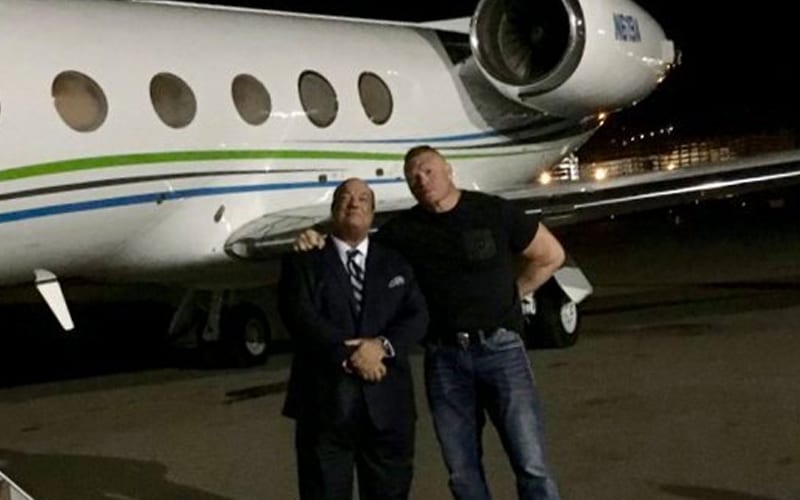 Brock Lesnar has not been seen on WWE television since WrestleMania 36, where he dropped the WWE Championship to Drew McIntyre. It is known well that Brock Lesnar is introverted and isn’t a fan of travelling.

While speaking on his new podcast called ‘The Kurt Angle Show,’ Kurt Angle talked about Brock Lesnar. Angle revealed that Lesnar hated travelling so much that he bought a private jet, hired a pilot and had him live in his basement to fly him to WWE shows.

“Well, he hated travel so much he bought a private plane so that he wouldn’t have to go to airports. He hired a pilot and his pilot lived in his basement. He set himself up really good and you know he didn’t like to travel.”

Angle then said that Lesnar quit pro wrestling in the middle of the 2000s as he hated being on the road, which is why Lesnar went to the NFL.

“He didn’t want to be on the road all the time. I mean, that’s the reason why he stopped wrestling. That’s why he tried out for pro football. The NFL, because he wanted to be in a city where he could train and compete and not leave except for eight weeks a year where he’d have to travel to another town to have a football game every Sunday. So, it was less travel and more at home. That’s what Brock likes. He likes to be at home.”

We will have to see when Brock Lesnar will make his return to WWE. With the Royal Rumble this Sunday, there is a lot of fan speculation that he could return.