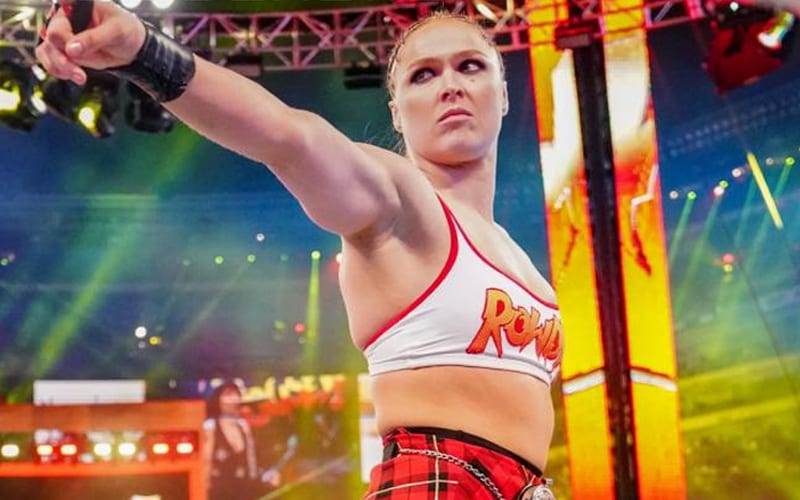 The Royal Rumble is coming on January 31st, and fans can’t wait to be surprised by who will show up. There could be some very big unexpected names as well.

BT Sport uploaded a new Royal Rumble graphic while asking what kind of big returns or debuts fans are expecting. The image also included some items that are synonymous with stars who would be huge Royal Rumbel surprises.

CM Punk’s gloves, Ronda Rousey’s kilt, Brock Lesnar’s gloves, and Jay White’s switchblade were all featured in this logo. Plenty of fans paid very close attention to this and it has certainly piqued their interest.

Booker T, Trish Stratus, John Cena, and Rob Van Dam were also featured in the graphic. This is a very interesting tease from a Twitter account with official ties to WWE.

The big question is who will surprise fans at the Royal Rumble pay-per-view. You can check out the post below.