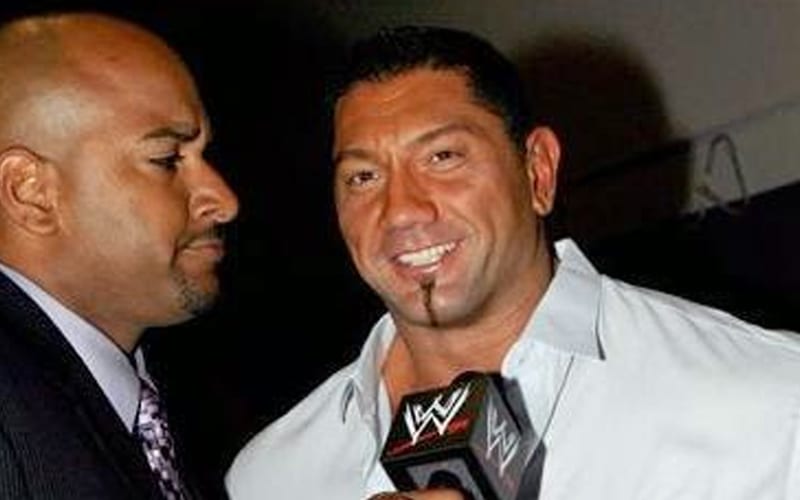 Former WWE commentator Jonathan Coachman worked for several years in the company and has been part of quite a few memorable moments. It seems the Coach was once legitimately knocked out by a former WWE Superstar. Coachman recently took to Twitter, where he answered questions from fans.

Coachman added that he was legitimately knocked out by Batista in a locker room in Steubenville Ohio, stating that ”part of his skull” is still on the ceiling of the office there.

Wasn’t in a ring. Bautista knocked me out in a locker room in Steubenville Ohio. Part of my skull is still on the ceiling in the office there. He didn’t do it on purpose. Just happens when you are practicing moves.

Coachman also recently revealed a story about Vince McMahon, where he said that McMahon never let him sleep in his private jet.