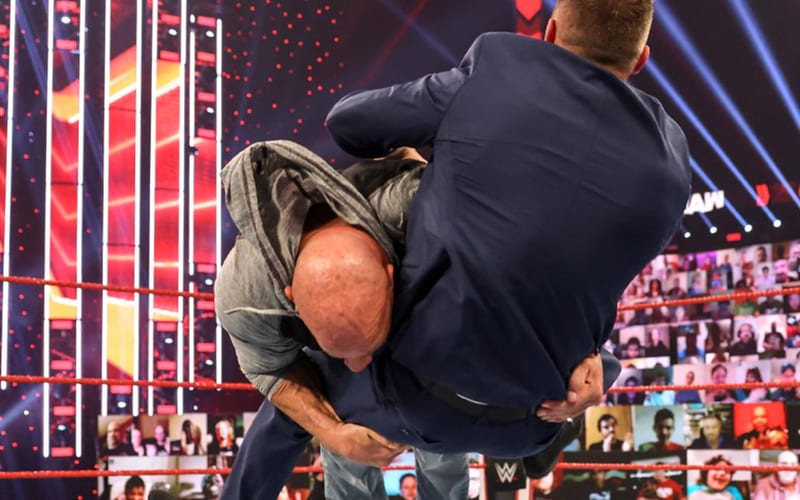 While speaking on the latest episode of After The Bell with Corey Graves, Goldberg talked about his segment and said that he does not care what haters think of him. Goldberg added that he will give his haters something else to ‘bi**h* about. Goldberg revealed that he almost bit his tongue off while hitting the Spear on The Miz on WWE RAW.

“I’ll give the haters something else to bi**h at me about. I almost bit my tongue off last night with that Spear with The Miz.”

We will have to see if Goldberg will be able to defeat Drew McIntyre for the WWE Championship at the Royal Rumble pay-per-view this Sunday.