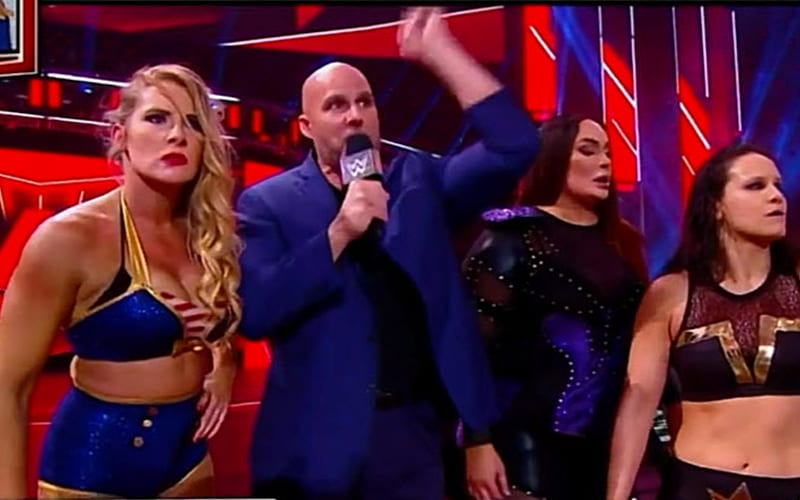 As seen on this week’s episode of Monday Night RAW, Nia Jax and Shayna Baszler teamed up with Lacey Evans and squared off against Mandy Rose, Dana Brooke and Charlotte Flair in a three-woman tag team match.

There was a huge botch that took place during the match, as Shayna Baszler was legitimately counted out during the early stages of the match. This left many fans puzzled as to what happened.

When the show was back on air after a commercial break, the match was restarted and lasted for some time until Nia Jax got the pin on Dana Brooke to pick up the win for her team.

As reported by PWInsider, Shayna Baszler getting counted out was not part of the original plan and Adam Pearce had to improvise and get the match restarted.

Last night’s six woman tag team bout featuring Charlotte Flair, Mandy Rose, and Dana Brooke vs. Nia Jax, Shayna Baszler and Lacey Evans had to be stopped and restarted after a commercial break as Baszler was legitimately counted out of the ring by the referee, leading to Adam Pearce being sent out to improvise a restart.

The match also featured a very scary bump as fans feared Dana Brooke was injured after she took a slam from Nia Jax.