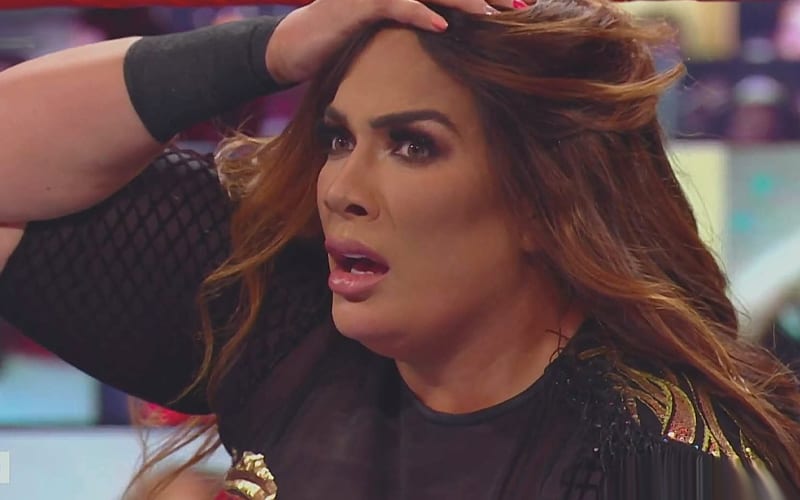 WWE isn’t ballet, and Nia Jax knows that all too well. Some fans call her out for being a little bit too rough in the ring. It seems that she has played a part in a few Superstar injuries. Jax isn’t paying them any mind.

Some fans were nervous about a bump that Nia Jax gave Dana Brooke during RAW this week. Brooke is okay, but the bump looked nasty. Nia Jax replied to a video of that bump to let everyone know what she thinks about the kind of people who complain about her being careless in the ring.

a thread of whiners. Love to see it.

Nia Jax is walking into the 2021 Women’s Royal Rumble with a lot of momentum. We’ll have to see if that can help her clinch the big win this year. She’s likely to throw a lot of people around either way. If you want to complain about it, don’t go whining to her.