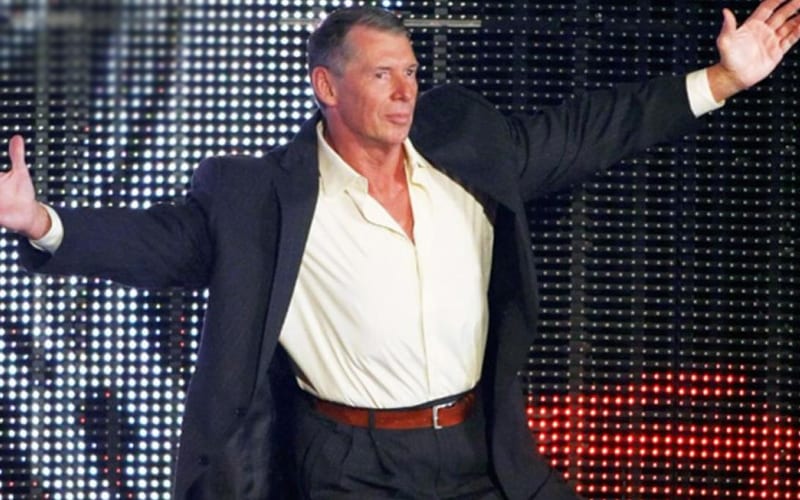 WWE entrance music can sometimes make you want to dance. Jinder Mahal’s music has a nice beat to it, and Vince McMahon apparently agrees. He also enjoys it enough to dance to the former WWE Champions’ entrance song.

The Modern Day Maharaja spoke to WWE India where he revealed a very interesting story. Apparently, his WWE entrance music cause Mr. McMahon to start dancing, and he was caught in the act.

“There is one person who was caught dancing to it. I did not see it. This is gonna be hilarious. So, Tamina one time told me that she was in Gorilla Position, where we make our entrance right before the stage on the ramp. This is where Vince McMahon sits. Vince McMahon sits with all the monitors and he watches the show. So she told me that when my music hit and I went out, Vince was dancing at his table to my entrance music. So although I have not danced to it, Vince McMahon has.”

Jinder Mahal returned to action at the Superstar Spectacle. That will give fans and Mr. McMahon another opportunity to dance away to his entrance music. As Ringside News exclusively reported, Vince McMahon wasn’t at Friday’s television tapings for the Superstar Spectacle or Friday Night SmackDown. He’ll have to wait for next time to cut a rug to Mahal’s music.