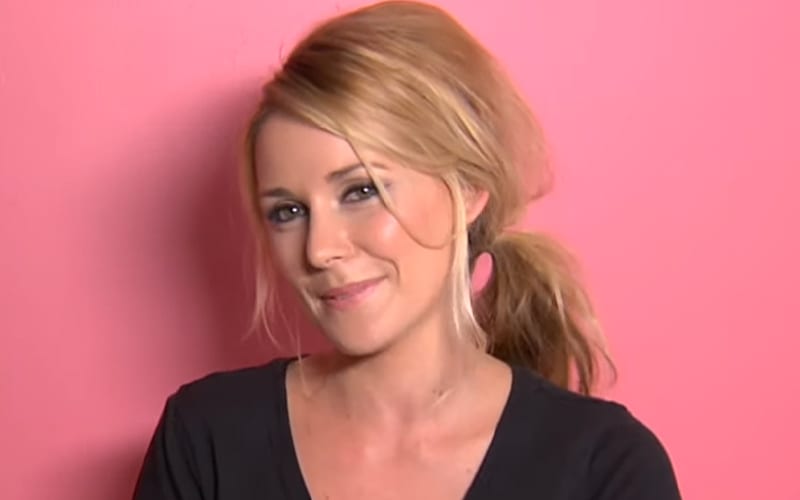 Renee Paquette bid WWE farewell after SummerSlam, but that wasn’t the first time she requested her release. She doesn’t know what life would be like if WWE granted that first release request, but it is something she still wonders about.

Chris Van Vliet recently spoke to Renee Paquette where she opened up about her first WWE release request. She was “spinning her wheels,” and she wanted out of the company.

Paquette found herself as a non-wrestler in a pro wrestling company. The things she really wanted to do were not available for her in WWE, so she requested her release. Of course, WWE wasn’t eager to let her go.

“A few years ago. So, I asked for my release from WWE because I was just spinning my wheels. I felt like there wasn’t much else for me to do there. I’ve been doing backstage interviews, hosting talk shows, and doing commentary. I was like, ‘I’m not a wrestler here. So, I’m never going to get to do what I want to do.’ I work for a wrestling company and I’m not a wrestler. So, the things I want to do career-wise might not be able to actually achieve those here.”

“So, I asked for my release and they would not give me my release, which ended up being a good thing, because it was this whole drawn-out process.”

WWE was able to convince Renee to stick around. They promised her big things in the pipeline. She got to cut her teeth on commentary and then became WWE’s first full-time female commentator. That was a nice feather in her cap. So, it benefited her to stick around a little while longer.

“I think about a year. They said, ‘We have all these big plans for you.’ One of those things was the Mixed Match Challenge. Ultimately, it led me to do commentary and getting to put that feather on my cap. So, had I actually left that first time, I don’t think my career there would have been what it is now,”

Renee Paquette is set for a special episode of WWE Backstage on FS1 this Saturday. The episode will replay a couple of times after that to give fans more chances to see her in case they missed watching Renee talk about WWE.

You can never say never about Renee Paquette showing up in AEW, but she doesn’t want to be pigeonholed as “the pro wrestling girl.” Right now she is still expecting her first child as she sets up the next phase of her career.