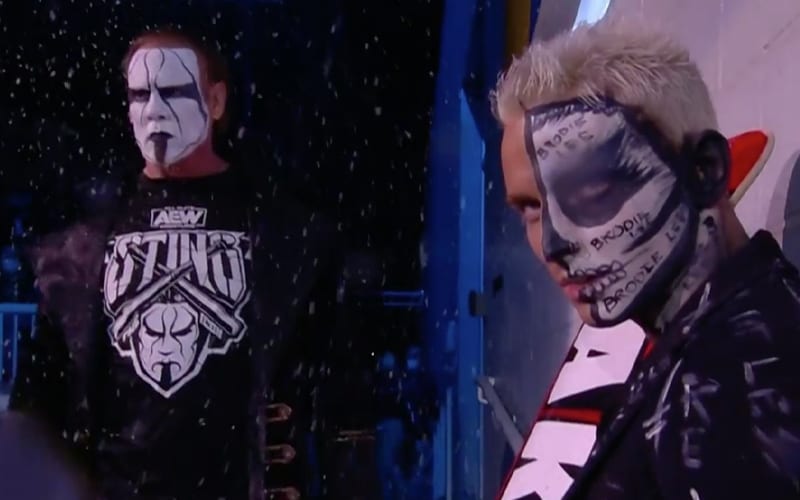 Darby Allin and Sting have a union on AEW television, and it will see the Stinger’s first match for the company happen at Revolution. This is a bond that could see Allin reach even higher peaks in the pro wrestling business.

While speaking to The Total Slam Podcast, Darby Allin briefly discussed his partnership with Sting. He doesn’t know how it came about, but apparently, Sting saw a creative in Allin that has been lost in pro wrestling today.

“I don’t know where it is going and how it came up,” Allin said of their storyline. “I feel like he saw something in me that is almost lost in wrestling today with the creative side of things. I know he saw my videos and it’s something different, and I feel he sees a little bit of himself in me.”

Sting and Darby Allin’s alliance might not make sense to everyone. Jim Cornette lambasted it recently as he said that Allin looks like a degenerate who dropped out of clown school. He is welcome to have that opinion, but fans might disagree.

Darby Allin has also been compared to the likes of Jeff Hardy and Sting for a while. We’ll have to see what’s next for the current TNT Champion, but things are certainly looking up for him.