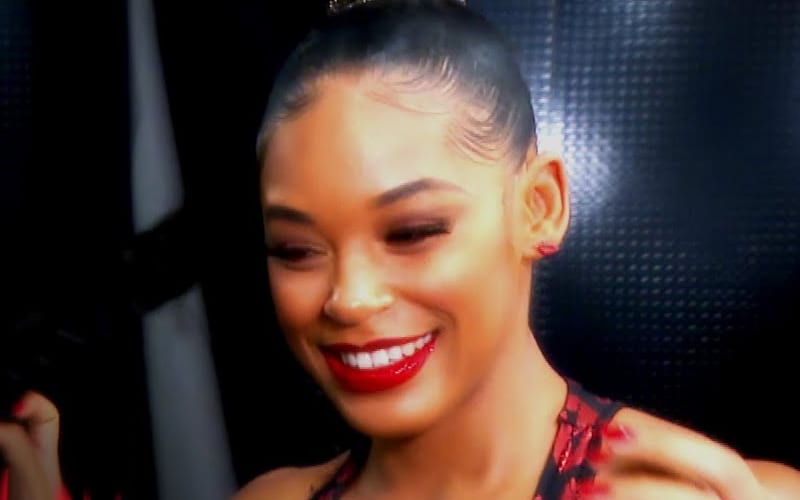 Bianca Belair is one of the top female Superstars in WWE right now and she has proven herself to be a capable in-ring competitor.

It seems Belair had an interesting story to tell when it came to starting her WWE journey. Belair made her WWE debut in NXT back in 2018, where she impressed many with her athleticism and in-ring prowess. She was eventually called up to the main roster and is now on Friday Night Smackdown.

During the new Bianca Belair Chronicle, Belair revealed how her WWE journey began. She revealed the interesting way Mark Henry discovered her. Mark Henry commented on one of Belair’s photos and personally invited her to come to one of WWE’s training camps.

“You know, I’m starting a new chapter of my life, I want to find the kid in me again. I want to go back to who I was before the world told me who I was supposed to be. I went out there in a pink tutu, literally, glitter’s flying everywhere, and it was so much fun. There was video footage of all this stuff online. My sister-in-law texted me, she was just like, ‘Oh my god, your nephew just was going crazy right now because Mark Henry commented on your photo’. I was like, that’s fake. So I ignored it. Then he actually ended up DMing me, ‘I want to invite you out to one of our camps,’,”

Belair also noted that she decided to make that video of herself after she was shown footage of women doing CrossFit. Belair is currently scheduled to compete in the Women’s Royal Rumble match. We will have to see if she wins the match.