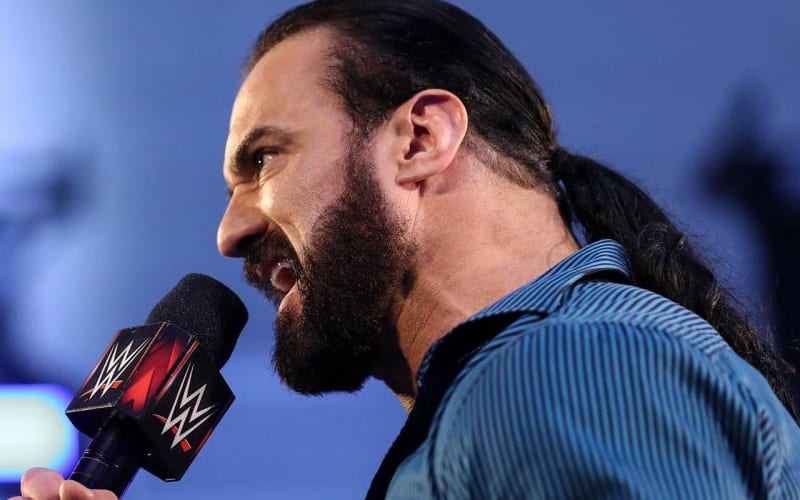 The Royal Rumble pay-per-view will be taking place next week and several fans are eagerly waiting for the event. They also wonder who will win the Royal Rumble match and go on to compete in a title match at WrestleMania.

While speaking to Riju Dasgupta of Sportskeeda, WWE Champion Drew McIntyre talked about the upcoming Royal Rumble pay-per-view. McIntyre was asked which WWE Superstar he wants to see win the Royal Rumble match and challenge him for the WWE Championship at the Show of Shows.

McIntyre revealed that he wants to face Big E at WrestleMania, further stating that Big E’s character work is unbelievable and that he is incredible inside the ring as well.

“Maybe Sheamus or Jinder can pull off the win and get that match. Just watching both shows right now and seeing where everyone’s at, I’m excited to see like Big E finally get on a good roll. We’re showing his real personality which is amazing and it’s so funny and so entertaining. He’s also got that serious side where he flips switches and he can get serious if he’s pushed. He’s been doing such a great job recently of kind of showing like that whole package and when like he’s on his game. In the ring, he’s incredible, he’s one of the strongest in WWE and that character is unbelievable and it is an extension of his real personality. So he’s firing all cylinders right now. So, if Big E was to win the Rumble, he’s somebody I’d be very happy to face at WrestleMania,”

Big E has previously confirmed he will be competing in the Royal Rumble match. We will have to see whether he wins the match or not.