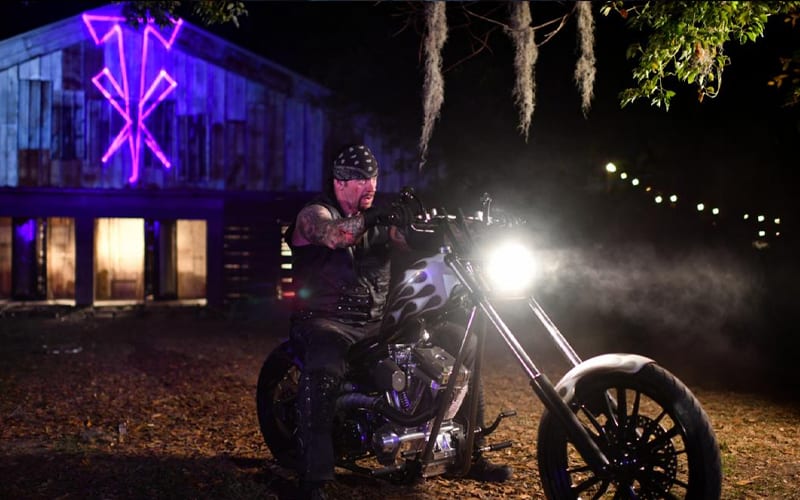 The Undertaker is retired as an active talent for WWE. He has made it clear that his contract is officially that of a legend now. He was a part of many amazing moments in WWE, but he had some help pulling off that last WrestleMania scene.

During The Undertaker’s epic three-hour conversation on the Joe Rogan Experience, he discussed a lot of things. The Deadman went into the history of drugs in pro wrestling, and he even revealed his own past steroid use.

The Undertaker’s final match in WWE (so far) was the Boneyard Match. That cinematic encounter ended with Big Evil riding off into the night on a chopper, but he didn’t own that bike.

The Deadman revealed that they borrowed that bike from “Garth Brooks’ security guy.” His name was not revealed, but the bike was pretty awesome and it made for a perfect WrestleMania moment.

We’ll have to see if The Undertaker returns to WWE television sooner or later. Vince McMahon has been known to pick up the phone to call his old friend. The Undertaker is retired right now, and he used a bike from Garth Brooks’ camp to help him make that last ride.