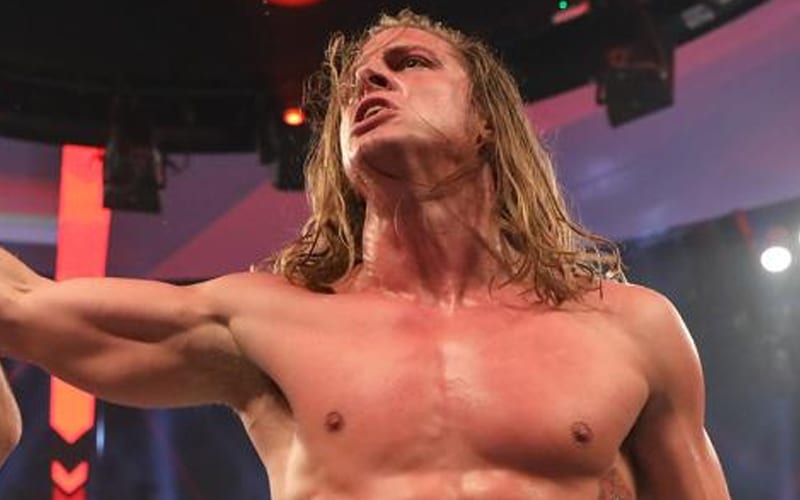 Matt Riddle is a babyface on WWE television now, but the Original Bro could trade his flipflop kicking ways for that he the heel side eventually. This might also present an interesting opportunity when it comes to his nickname.

Riddle says “Bro” a lot. His tag team with Jeff Hardy is called the Hardy Bros for a reason. If he turned heel that happy-go-luck demeanor might go with it.

Catch Off recently spoke to Riddle where the King Of Bros has already thought of an alternate word to use other than “bro” if WWE writes a heel turn for him. He would call people “dude” instead.

“Trust me…I’m thinking about changing it. I might become The Rude Dude or something like that. I would just be like, ‘Hey dude,’ and call everybody ‘dude’ all of the time. I already use dude, so we’ll see what happens. If I ever turn to a bad guy, maybe I’ll be The Rude Dude; right now I’m Riddle, The Original Bro.”

Substituting “bro” for “dude” seems like a minor change, but the two words do come off differently when said in the same way. A lot of that has to do with the hardness of the D in dude as opposed to bro, which sounds much more inviting.

There are no apparent plans to turn Riddle heel right now. We’ll have to wait and see what happens in the next chapter of Riddle’s WWE journey. At least he’s given his verbiage a little thought.