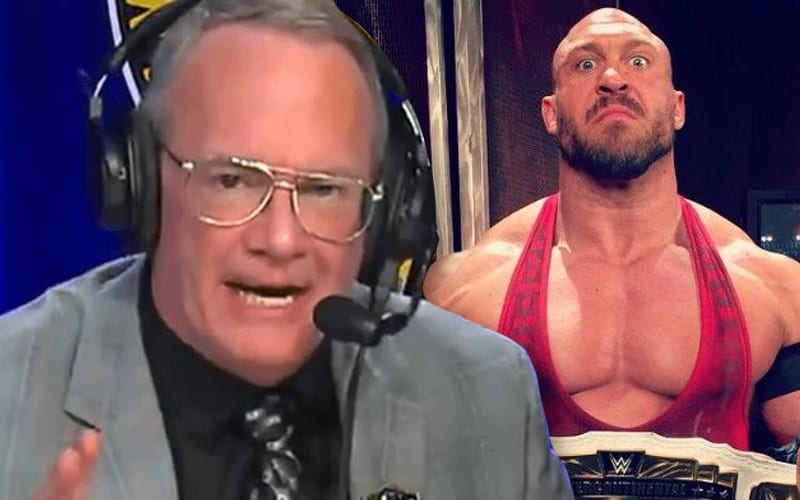 Former WWE Superstar Ryback has recently been a topic of discussion lately due to several posts of his on social media. This has roused the ire of several fans and also Jim Cornette. Earlier in the month, Ryback took to Twitter and said that Paul Heyman is a ‘piece of sh*t’ and that he would destroy Heyman with an open mic and no script.

While speaking on his “Drive-Thru” Podcast, Jim Cornette discussed Ryback’s harsh comments regarding Paul Heyman. Cornette said that Ryback is drinking Drano if the former WWE Superstar thinks he can be more effective or more entertaining on the mic than Paul Heyman.

Now I think he’s f*cking drinking Drano if he thinks in any shape or form that he could be more effective or more entertaining on the mic than Paul Heyman.

Cornette then proceeded to make a hilarious comparison between the promo skills of Paul Heyman and Ryback.

They could shove a microphone up his (Heyman) ass and let him broadcast his intestinal gas and it would be more entertaining and coherent than f*cking ‘Fatback’.

Ryback could be making his way to AEW as he seemingly confirmed the fact recently. Only time will tell.