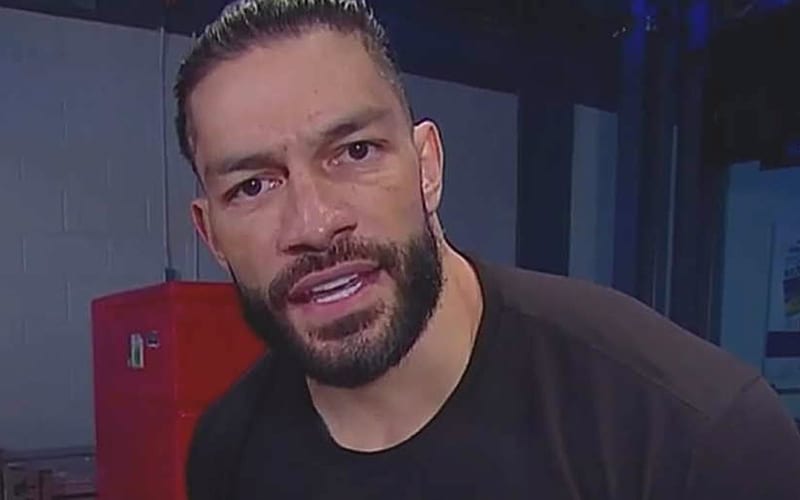 Roman Reigns’ return to WWE saw him become the Tribal Chief. He also started ending his matches with a brutal Guillotine choke. That chokehold was a long time coming for Roman Reigns and the result of a lot of backstage pull.

We previously reported about Roman Reigns’ creative influence in WWE. This is something that might have helped him along when wanting to secure the Guillotine choke as his own.

Bleacher Report recently spoke to Roman Reigns were he went into detail about this subject. He said that nobody is to blame for him not getting to use the move, but it is still something he fought for.

“I’ve been wanting to use that for years. “No one’s to blame, it’s just the process of the creative. It’s like, ‘What if I just pulled out a submission?’ I’ve been saying that for years. Everybody knows the Spear. The producers that I work with all the way up to the head man said, ‘I think the finish would be better with a Spear.’ That’s great because for years we built that spear up and up. Even today, we’ve manipulated it over the past few months, but nobody’s going to say, ‘I can’t believe he lost to that spear.’ If he won with that spear, they’d be like, ‘Yep, he won with the spear. It’s all good.'”

Reigns is set to take on Kevin Owens at the Royal Rumble match. The two are slated to have a last man standing match. We’ll have to see if that Guillotine choke comes in useful.