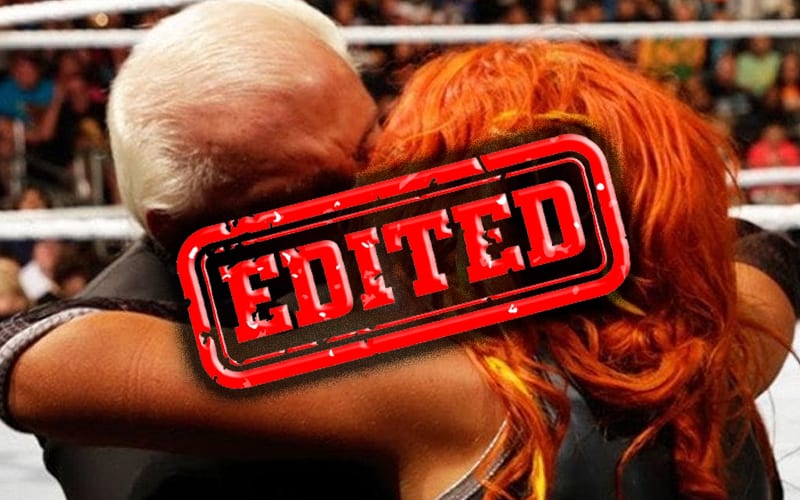 WWE will sometimes air a segment that doesn’t age well and it gets edited out of future broadcasts. The company has the power to make any moment go away on the WWE Network, but fans have a way of remembering everything.

Ric Flair kissed Becky Lynch at the 2016 Royal Rumble. This happened during a key moment to help Charlotte Flair gain an upper hand. Now that moment has hit the cutting room floor for some reason.

It’s unknown why WWE would edit this segment out. Flair is currently involved in a scandalous angle with Lacey Evans, but the two have yet to lock lips.

Ric Flair is known for his kiss stealing, but that moment was apparently too much for the WWE Network.

You can check out the edited bit in the clip below. This is how it currently appears on the WWE Network, but we all know what Ric Flair really did to cause a distraction in that match.